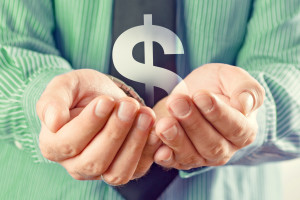 I have one of my staff, Rachel, to thank for this week’s column topic. She forwarded me a post to a local internet forum suggesting that a class action lawsuit might be pursued against those responsible for the partial collapse of the overpass on the Westside.

Rachel has lots of time to be reading online discussions because, quite inconveniently, she is on maternity leave.

The proposed class-action lawsuit would be on behalf of motorists who spent hours delayed in backed up traffic.

Their losses include a small amount of increased gasoline expense, loss of employment income for those unable to make it to work on time, loss of business income for the self-employed, additional child care expenses, and the stress and aggravation of spending an extra hour or so in traffic.

Certainly, those losses are not significant. Let’s say losses average $50 per person.

These are precisely the kinds of claims that class-action lawsuits were designed to accommodate. Class actions provide a mechanism for resolving a large number of similar claims.

It would be a whole lot more efficient to have one trial to resolve who was at fault for the failed retaining wall, instead of thousands of individual trials.

Further, class actions bring about justice when individual losses are small.  Wrongdoers can hide behind the expense of litigation to avoid paying those losses unless the thousands of victims can get together to pursue the case as a class.

It makes no sense to incur the expense and time necessary to pursue a lawsuit to recover losses of $50. Get 10,000 inconvenienced motorists together, however, and the half-million dollars of losses easily justifies litigation.

Would such a lawsuit be frivolous? As small as the individual losses might be, why shouldn’t those be passed on to whoever it was who caused the retaining wall failure?

The various companies, engineers, and manufacturers involved in the construction of that overpass would certainly have contemplated that such a failure would cause precisely the kinds of losses that were sustained by delayed motorists. To protect themselves against liability for their own negligence, they would all have purchased liability insurance.

By not pursuing fair compensation for their losses, are motorists simply putting dollars into the pockets of insurance companies?

However fair and reasonable it may be for delayed motorists to pursue a class action lawsuit in these circumstances, though, the claim is unlikely to succeed.

The law of negligence is a constantly evolving creature. When considering negligence claims that do not involve physical damage to property or personal injury, the courts struggle to draw a line to ensure the administration of civil justice does not become unmanageable.

When there is physical damage to property or physical injury, it is easy to determine who the claimants are. In the circumstances of the failed overpass, it is not so easy.

One class of people who have suffered losses is the motorists who were stuck in traffic. What about others?

What about employers who suffered lost productivity arising from employees who showed up late? What about the coffee shops that lost business because coffee consumers were already late for work and could not stop for their daily fix? If you think about it, the list of those who lost money or were inconvenienced by the failed overpass could be endless.

There are other policy considerations that the courts must consider.  If this case were to succeed, what about all other situations where traffic flow is impacted by negligence, such as car crashes?

If allowing one case to succeed would open the floodgates of other lawsuits, the courts must consider the type of precedent that is being set. It would seem unworkable if every car crash could result in a class-action lawsuit pursued by the motorists caught up in the resulting backed up traffic.

As I indicated, though, the law is an evolving creature.

Perhaps the court would find that policy considerations weigh in favour of allowing the claim. Just don’t come to me to spearhead the lawsuit.

Is it too late, Rachel, to apologize for my sexist comment at the beginning of this column?  I so very much look forward to your return.