The judge’s comment about the deceased, that “Anyone who defied her suffered her wrath”, played itself out in the courtroom when two of her four daughters attacked her will. 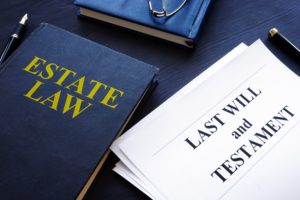 The strong-willed, domineering woman who died at age 88 was not here to defend her wishes, but they were largely upheld. And the small variation came at a significant cost to all concerned.

The judge noted that it was unfortunate the parties were unable to resolve their issues without the lawsuit, that “a great deal of unhappiness could have been avoided had a modicum of common sense and reason been brought to bear”.

Without the lawsuit, though, we would not have the benefit of the resulting legal analysis, set out in the decision of Mr. Justice G.C. Weatherill in Trudeau v. Turpin Estate 2019 BCSC 150.

The legal analysis helps clarify the law about what it takes to successfully attack a will. Knowing the factors the court considers in an attack can help us set up our own estates as bullet proof as possible.

The judge listed six factors the court considers when considering a parent’s moral duty to independent children when making their will.

I discussed the first three in my previous two columns (Contribution and expectation, misconduct/poor character and estrangement/neglect).

The fourth factor is gifts and benefits given while a parent is alive, or passing outside the framework of the will.

Your will deals only with assets that remain in your hands after you die. And it is important to consider that there are various ways assets still within your control at the time of death can sidestep the will process.

For example, a residence co-owned in “joint tenancy” automatically passes to the surviving owner(s) if one of them dies. The surviving owner simply files the death certificate at the land titles registry and the deceased’s name comes off the title.

Another example is where you specify a beneficiary for your RRSPs.

In this case, the daughter given the greatest share of the estate had already received approximately $43,000.00 of funds that had been held in joint names in bank and investment accounts.

The fifth factor is whether or not children have been treated equally.

This simply recognizes society’s sense that it’s generally fair to treat our children equally. It was clear to the judge in this case that it had been the mother’s intention and choice to treat her children unequally, which she had by allocating 60% to one daughter, and only 5% each to the two daughters who were attacking the will.

Finally, the court will consider your reasons for disinheriting a child, or leaving that child a smaller share of your estate.

To be considered, your reasons must be “valid”, which means they must be based on accurate facts and there must be a logical connection between those facts and your allocation decision.

After you die, you won’t be here to explain your reasons, which is why it is commonly recommended that you write out your reasons when you make your will.

One of the daughters had maintained that spite had been the reason she was left only 5% of her mother’s estate. She maintained that for years her mother had been “mean and vindictive” towards her. The judge rejected that, noting that the mother had reasons that were apparent on the evidence including the two daughters seldom visiting her and the favoured daughter providing constant companionship, care and comfort.

The end result was a small variation of the will, the shares of each of the two daughters who attacked the will increased from 5% to 10%.

This area of the law is complex and I am able to provide only a very minimal glossing over of the subject matter in my column.

Please obtain legal advice specific to your particular circumstances to ensure your testamentary intentions will best survive an attack, or to consider attacking a will where you have been unfairly dealt with.