A recent court decision lists factors a judge considers when determining whether or not you have met your moral obligations to each of your children in your will. 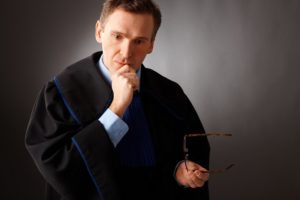 The court decision, Trudeau v. Turpin Estate, 2019 BCSC 150, deals with an attack of a mother’s will by two of four daughters who were left shares of only 5% each.

All four daughters were independent, ranging in age from 56 to 68.

As a society, we long ago passed a law requiring the court to vary a will if the testator has failed to meet their legal or moral obligations. That law is now found in section 60 of the Wills, Estates and Succession Act [SBC 2009] Ch. 13.

The judge in the Trudeau decision provided a list of six factors considered by the court when evaluating the strength of a testator’s moral duty to independent children. You should carefully consider these factors when making your own will.

I explained the first, “Contribution and Expectation”, in my last column.

The second is listed as “Misconduct/Poor character”.

Section 63(b) of the Wills, Estates and Succession Act, allows the court to refuse to vary a will in favour of a person on the basis of their character or conduct.

A previous case, McBride v. Voth, 2010 BCSC 443, explains that only misconduct up to the date of death (not after death) is considered, that the misconduct must be directed at the testator and also that it must be quite severe in order to justify disinheritance.

A third factor considered by the court when evaluating the strength of your moral duty to a spouse or child is listed as “Estrangement/Neglect”.

The law has changed over time on this point. Historically, a long period of separation, abandonment or estrangement frequently reduced a parent’s moral duty to a child.

And childhood neglect can also serve to increase the parent’s moral duty to provide for that child in their will.

Family dynamics that lead to estranged relationships between parents and children are deeply painful and deeply personal. A lifetime of attempts to reach out to a child who consistently responds with abuse might be something you keep close to your heart and not share with anyone.

If you leave that child little or nothing and he challenges your will after you have died, how can the court fairly evaluate whether you have met your moral obligations if all they have is that child’s side of the story?

Even if you have journaled that history, and that journaling is something the court would consider, there’s bound to be a “he said she said” fight about that long and painful family history. How do you win such a fight if you’re not here?

And can you imagine all of that deeply personal and painful family history aired in a public trial?

Next week I will conclude this series with the remaining factors considered by the court when evaluating your moral obligations.

This area of the law is complex and I am able to provide only a very minimal glossing over of the subject matter in my column. Please obtain legal advice specific to your particular circumstances to ensure your testamentary intentions will best survive an attack, or to consider attacking a will where you have been unfairly dealt with.