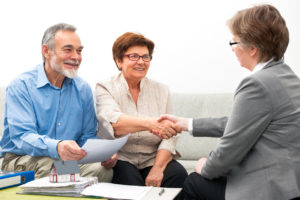 You can’t take it with you. How much say do you have about who gets your inheritance?

Isn’t a will iron clad?

They are not as iron clad as you may think. There are laws that allow the iron cladding of many legal transactions to be ripped away, including wills.

I am thankful for those laws, because iron cladding can result in horrible injustices.

Consider a parent making a will after their snotty attitude 13-year-old took the family car for a joyride, leaving nothing for that child and everything to a sibling.

Five years later, the now 18-year-old has “grown up,” and has a wonderful relationship with the parent, while the sibling has become an estranged drug addict.

It doesn’t occur to the parent to change her will, and a distracted driver takes her life in a tragic crash.

It would be horribly unjust for the responsible child, perhaps in need of financial support to pursue an education, to end up with nothing while the estranged drug addict gets the entire estate.

Circumstances like that scream out for the iron cladding on a will to be ripped away, allowing for justice to be done. Laws allow the child left out of the will to bring a lawsuit asking the court to re-allocate the inheritance.

Don’t count on it, though.

Many injustices cannot be fixed. The iron cladding of a will, however unjust, might be strong enough to withstand a legal challenge.

You also don’t want to leave your family with an extremely expensive and relationship destructive court battle.

It’s wise to carefully review your will on a regular basis to ensure that it continues to follow your wishes.

It is also wise to get legal advice to learn about how the “injustice fixing” laws work. You might have very good reasons for the allocations you make in your will, and want to protect your wishes from legal meddling after you die.

Mr. Terins and his common law spouse had entered into their relationship while already in their sixty’s. Each of them had similar levels of assets and each had children.

They intended to keep their assets separate, and to be able to leave their respective estates to their children, not to each other. They signed a cohabitation agreement that had those terms.

The common law spouse, who had been left out of his will as intended in the cohabitation agreement, challenged the will in the lawsuit resulting in her receiving over $500,000 of his estate that otherwise would have gone to his children.

A significant change in circumstances over their fourteen year relationship, i.e. the rise of Vancouver real estate values to “vertiginous heights,” resulted in a gross disparity in the values of their assets that they could not have foreseen fourteen years previously.

That, and other factors, resulted in the successful lawsuit for the common law spouse.

I assume that Mr. Terins had not regularly reviewed his will and sought legal advice about his estate because steps could have been taken to better protect his wishes and avoid the expensive lawsuit.

The judge in the Brown v. Terins decision provided a very detailed analysis of his decision. The analysis includes discussion of other legal cases.