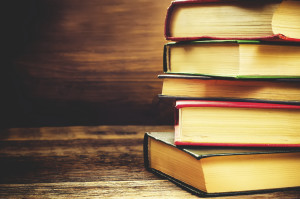 If you have settled a personal injury claim without the assistance of a lawyer, you may not want to read further.  It is a very unpleasant thing to find out that you have been taken advantage of.  I have had my share of those experiences.  It makes my blood boil.  Perhaps that’s why I was drawn to this profession.

In my last posting, I explained the goal of our legal system when dealing with a civil wrong such as a car crash caused by bad driving.  The goal is to right the wrong by putting the injured victim in the position he or she would have been had the wrong not been committed, restitutio in integrum.

Us legal types who do this kind of work all the time are intimately familiar with what this means.  Of course, the insurance adjusters know what it means too.  Gross unfairness can, and does, arise because injured victims are not so clear.  See, restitutio in integrum means compensation for all losses, not just some of them.  The unfairness arises from injured victims often being totally unaware of very significant elements of their claim.  Of course, the insurance adjuster is not about to fill them in.

Many of my clients tell me that all they really wanted from the insurance company was to be paid back the wages that they lost, and to be reimbursed for the treatments they had to pay for.

Had the insurance adjuster just given them this most basic of compensation, these clients might never have sought my assistance.  They had no intention or expectation of getting a large settlement.  They just didn’t want to end up out of pocket.

The adjusters in these cases were probably just overworked, with too many files to handle and not enough time to deal with them effectively. They obviously messed up, failing in their goal of settling claims as inexpensively as possible, while allowing claimants to believe that they are being dealt with fairly.  It is the illusion of fair dealing that allows injured victims to be further victimized by being convinced to accept unfair settlements.

The obvious elements of a claim are income loss, treatment expenses, and a settlement for pain, suffering and loss of enjoyment of life. This posting is about an element that few people are aware of, though it is often the largest component of a claim.  An insurance adjuster doesn’t have to be misleading where this element of the claim is concerned.  He or she can save the insurance company thousands of dollars by simply not mentioning it.

You may be getting the picture of how important it is for crash victims to be fully informed on what their rights are.

If a crash victim’s injuries do not completely resolve, leaving some residual symptoms, then there is likely a claim for a loss of income earning capacity.

How is income earning capacity affected by residual symptoms? This question is easy to answer if the crash victim is not able to carry on with their pre-crash job.

The question is less easy to answer when a person has been able to soldier on with their work, and has taken very little, if any, time off.  Perhaps this is why so many people are unaware that this element of a claim can exist.  If you think about it, though, the answers are obvious.

A person with residual symptoms may have fewer employment choices if his or her current employment ends.  Few jobs are forever.  When looking for a new job, this person might find that ongoing symptoms make some jobs too physically demanding.  For other jobs, ongoing symptoms might allow part time, but not full time exertion.

When competing in the labour market for jobs that may be suitable, a person with residual symptoms will be at a disadvantage.  Residual symptoms make you a less attractive employee: you are more likely to have to take sick time; more likely to require special treatment; more susceptible to a WCB claim; less productive.

Even if the current job is not lost, a person’s residual symptoms may get in the way of his or her taking advantage of job advancement opportunities.  The injured victim may be able to continue on with his or her current lighter duty position, but unable to advance or branch out to more lucrative or more satisfying heavier-duty work.

For the reasons I have set out, it is my view that any significant level of ongoing symptoms will impair income earning capacity.

How is a number put to this loss?  Even the Courts refer to it as crystal ball gazing.  When the crash victim is still able to work at his or her pre-crash job, one rule of thumb often employed is to award the equivalent of one or two years of the crash victim’s income as compensation.  You can get the idea of how much money is saved by not mentioning this element of a claim to crash victims!

If your blood is boiling, please spread the word and do your part to prevent this kind of injustice from happening to others.