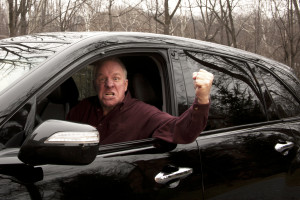 There’s a four letter word that some would say should never be uttered.

While several words might fit into that category, there is one, however, that seems to stand out from the rest.

It’s not the word itself that’s problematic. Words become obscene in the way they are used.

One Internet source suggests this word wasn’t considered obscene until the 17th century. It’s quite unfortunate that a label for such a beautiful part of the female anatomy has been used in such foul ways.

But it packs such a punch and things often have to get mighty testy before it’s pulled out. It takes a special kind of angry.

I can conjure up all sorts of circumstances that might reasonably lead to that level of anger—life and death circumstances, the ruination of your life circumstances.

A friend of mine ran up against that word the other day.

She had just pulled up to the elementary school where she was dropping off her son.

There was nothing life or death about the situation. Nobody’s life was being ruined, though her young son got to hear the word for the first time.

The fellow who followed her onto the school property was steamed because my friend had been, in his mind, driving too slow.

He as good as attached himself to her back bumper a couple kilometres from the school. She wasn’t driving below the speed limit but I guess he wanted her to get a move on.

It seemed to get him even more riled up when she slowed for the school zone. Imagine that.

The kicker was when she hit her brakes to get him off her bumper, almost causing him to ram into her.

He couldn’t have been in that much of a hurry, taking the time to follow her into the school parking area and giving her a piece of his mind.

I hope he didn’t give too much of it away, as he must not have had much to start with.

It was the phenomenon we all know of as road rage. That’s when every day events in traffic cause folks to become complete idiots.

But this isn’t a psychology column, it is a legal column.

I do have some legal advice, and in this case, it is also some practical advice.

The practical advice comes from my years of seeing the aftermath of car crashes.

If some idiot is tailgating you, pull over and let him pass.

It may feel wrong. In fact, it may feel very wrong to let some bully push you around.

But as wonderful as they may be at times, though, it’s feelings that often get us into trouble.

Pulling over takes you out of the line of fire. Pulling over removes the risk to you and your child from having some idiot ride your bumper.

Carrying on at the speed limit, slowing down for the school zone and hitting your brakes not only exposes you to more driving risk, it also exposes you to the further risk of road rage.

Mr. Idiot might not have stopped at the C word.

But I promised you legal advice. My legal advice to my friend, was that she opened herself up to liability by hitting her brakes.

If Mr. Idiot had rammed into the back of her car, she would likely have shared liability for the crash.

Yes, Mr. Idiot should not have been tailgating, but the crash would not have occurred had she not hit her brakes.

Perhaps the feelings side of things can be taken care of if you keep a pen and paper handy in your vehicle.

Note the license plate number as you pull over and call it in to the police, the folks whose job it is to take care of idiot drivers.