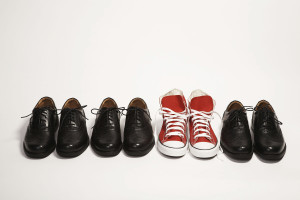 Some names are more unique than others.

Even with a biblically rooted first name, I’ve never crossed paths with another Paul Hergott.

A google search pulls up Dr. Paul Hergott, Gynecologist, in Sault Sainte Marie, Ontario.  Add my middle name, though, and the search engine fails to find a match for me.

A West Kelowna resident, I’ll call him Bruce, isn’t so lucky.  He’s no John Smith, but his name is common enough that he got a nasty surprise in the mail last week.

It was a notification that a Capital One Bank judgment of a little over $2,800.00 had been registered against title to his home.

Capital One has gained some notoriety about how generous they are with their high interest credit.  Bruce, born in 1924, has never taken them up on that generosity.

But there it was, in black in white:  A Vancouver Supreme Court Registry Certificate of Judgment naming Capital One Bank as Plaintiff and Bruce as the Judgment Debtor, a judgment that had been registered against the title to his West Kelowna home.

Bruce’s daughter tracked down the Vancouver law firm that had registered the judgment.  They requested that Bruce send them copies of his identification.

Yeah, right!  You’ve already thrown a judgment against title to my home armed just with my name and you want me to send you my identification?

What do you do when you have a legal problem?  You consult with a lawyer.  Bruce did just that.  He came to me.

I wouldn’t typically take any time giving advice about legal matters that don’t fall within my very narrow practice area of personal injury cases, but I took a few minutes to explain to Bruce that lawyers are too darned expensive and that he should try to resolve the clear administrative error on his own.

As I was poised to brainstorm suggestions of what he could do without ending up with a huge legal bill, I imagined myself in his shoes and decided to make a couple phone calls.

That’s all it took to get a promise that the judgment will be removed: a couple phone calls.  It may be some time, though, before the machinery that placed the judgment will get around to actually removing it.

It made for a very stressful few days for Bruce; stress that would have been avoided had a modicum of care been taken by Capital One Bank or their lawyers.

Unfortunately, there’s no recourse for Bruce to recover compensation for that stress.  Even if there was, I’d have to advise that lawyers are too darned expensive to get involved to pursue it.