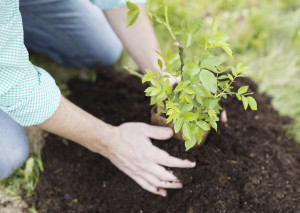 It is very important to follow through with medical recommendations.

A crash victim would probably be surprised to be told the crash would not have happened if it were not for the drunk driver, but he or she is still to blame for being left with a lifetime of pain.”

While it may seem that you would have to be a lawyer to string those words together with a straight face, it’s not as far fetched as it may seem.

Insurance company lawyers really do make arguments like that, and sometimes those arguments stick.

In fact, all car-crash victims run the risk that such an argument will jeopardize their claim.

I hope that the information I provide in this column will get out to those who need it, so it will be less often that the victim is blamed for his or her ongoing symptoms.

As I’ve stated in previous columns, our legal system requires an injured victim of a car crash to be compensated for all losses arising from the crash.

This requirement, though, is qualified by a very real obligation that is put on the injured victim. That obligation is to take all reasonable steps to try to make his or her claim as small as possible.

I imagine that this must sound rather ridiculous. Shouldn’t an injured victim be entitled to try to make his or her claim as large as possible?

I am playing a little bit with words. No car-crash victim wants his or her injuries to be worse, treatment expenses higher or income loss more crippling.?The desire is always to have the losses minimized. What a victim wants maximized is the prospect of reasonable compensation for those losses.

So what’s the problem?

The injured victim wants their losses to be minimized, and the law requires them?to take reasonable steps to achieve that goal.

How about adding several treatment appointments to your already busy schedule?

How about adding the expense of those treatments to your already tight budget?

How about sorting out the child care necessary so you can make it to the appointments?

How about coming up with the energy to spend an extra half-hour per day doing stretching and strengthening exercises that have nothing to do with losing weight or sculpturing your abs?

As unappealing as those things may sound, you could probably swing it if it was for a good cause.

Perhaps you could stay motivated for a week or two, or three. After those weeks turned into months, though, missing a few pay cheques. Add the depressed mood that comes with the territory. Add the fact that many treatments will make you feel worse before you feel any better.

Those reasonable steps that your doctor told you to take in order to get better can become very, very difficult to follow through with. Can you see the insurance company lawyer’s argument taking shape?

If your doctor told you to take those reasonable steps? in order to get better and you failed to follow through, and you haven’t gotten better, then you are to blame for that on-going pain.

One of my most important roles acting for crash victims is motivating them to follow through with medical recommendations.

Part of it is trying to keep them from losing hope that those recommendations, while seeming ineffective, might finally start helping them. And part of it is pushing them to go back to their doc- tor to ask for new recommendations that might work.

What I find to be the most effective motivator, once hope had faded, is when they appreciate that after all they have gone through, the insurance company might escape having to provide fair compensation for their losses because they didn’t continue taking the “reasonable” steps toward full recovery. Stay motivated. Follow through. If current medical recommendations aren’t working, ask for alternatives.

Do everything you possibly can to get better. Maybe something will work.

At least if you don’t get better, you will not have jeopardized your chances of achieving justice, in the form of a reasonable financial settlement.