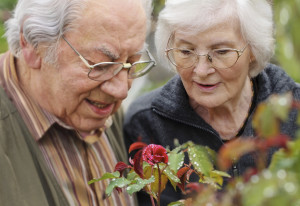 I recently received a disturbing email from a senior citizen who was involved with a car crash.

She gave me some very positive feedback about one of my columns and asked how she could access an earlier column to which I had referred to.

I told her I really appreciated the feedback, of which I have had precious little, and emailed her right away with copies of all my published columns.

The disturbing part was the insight this lady provided as to why I may be receiving so few emails.

“I don’t understand the poor feedback…maybe many are, like me, intimidated by the thought of what might happen if we simply ask questions or even admit to reading your columns,” she wrote.

“We have been told that to even mention talking to someone (a lawyer) to ICBC, is to make the whole thing even more difficult.”

It’s one thing for crash victims to be led to believe that they can achieve a fair result without the assistance of a lawyer. It’s quite another for them to be fearful about an insurance company finding out they have taken steps to learn about their rights.

This fear illustrates the amount of power an insurance company has over crash victims. It’s a financial power.

The only way to force an insurance company to provide financial compensation is to go to court, which could be years down the road.

In my experience, people are very reluctant to do that. The reluctance is supported by their insurance adjuster, who can choose to periodically dole out whatever amounts of money he or she deems necessary.

Believing that the adjuster is fair, if not generous, builds the trust that results in car crash victims settling their cases without legal advice for a fraction of what is fair.

The discretionary doling out of money before a settlement is hardly generous. There’s no concept of “generous” in the insurance business. With an adjuster’s job being to save the insurance company money and pay out as little as possible on personal injury settlements, you can be sure that any discretionary doling out of money is calculated to achieve that goal.

Generosity would require money without strings. The settlement at the end of the claim will certainly subtract every dollar that has been handed out along the way.

The level of financial power achieved by this discretionary interim spending increases with the size of the claim. The more serious the injuries, the more income loss and expense, and therefore the more desperate the financial need.

Retired people on fixed incomes are also particularly vulnerable, as there is no way to increase their income by working extra hours or taking a second job.

Some people think that it can also mean not letting the adjuster know about any steps being taken to find out what their rights are.

But be very clear—a fair result is not the mandate of the insurance adjuster. If a fair result was any part of his or her mandate, would you not expect the adjuster would recommend, if not require, an injured victim to obtain in- dependent legal advice before agreeing to enter into a settlement involving tens or even hundreds of thousands of dollars?

I was surprised to learn that some crash victims are fearful about an insurance company finding out that they are investigating their rights.

Frankly, I think that fear is misplaced.

I don’t think the adjuster would make things more difficult for a crash victim finding out he or she consulted a lawyer. To the contrary, I would expect an adjuster to go even further to try to regain the crash victim’s trust, so as to discourage the claimant from taking the step of actually hiring a lawyer.

If I am wrong, and the fear is justified, then please be assured that you can consult with a lawyer without the insurance company ever finding out.

Client consultations are held in the strictest of confidence and can be handled by telephone if you are afraid of being watched.

Some of my most satisfying cases have been those where the insurance adjuster was “generously” doling out money while I was actually retained in the background, advising the crash claimant every step of the way, only making myself known to the insurance company when the “generosity” was abruptly cut off.

Don’t be intimidated. Insist on a just result.