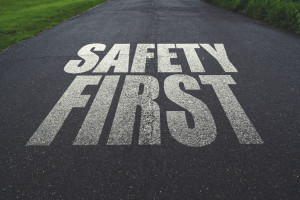 After four years without an increase, the Insurance Corporation of British Columbia (ICBC) is applying to raise the rates each of us will pay for automobile insurance.

According to ICBC, the rate increase will result in the average British Columbian paying approximately $30.00 more per year for auto insurance.  From that perspective, it’s not a big deal.

If rates had increased an average of $7.50 per year over the last four years, totalling $30.00, we hardly would have noticed the increments.

Nobody likes a price increase, though, however small.  There is a general sense, I think, that we are being gouged when prices are increased.

Some might wonder if this is just another way to tax British Columbians.  It seems like it, since hundreds of millions of dollars of profits have been pulled out of ICBC by the Provincial Government in recent years.

Instead of taxing us directly, is the government taxing us indirectly by raising insurance premiums with the intention of scooping the resulting profits?

Was the five-day deadline for submissions in response to the rate hike increase an indication that the government did not want tough questions to be asked?

In the great scheme of things, though, we’re going to pay tax one way or another.  If we want roads and schools and hospitals and police, we are going to have to pay for them.  Whether the money to pay for the infrastructure and services comes out of my left pocket or my right doesn’t make a lot of difference to me.

What if ICBC could continue generating gigantic profits without having to increase rates, though?  Wouldn’t that be something?

The increase in rates was blamed in part on poor investment earnings.  There’s nothing we can do about the world economy to cause ICBC’s investment portfolio to produce more dividends.

And according to ICBC, they’re doing a good job of keeping their operating costs in check.

There’s nothing we can do about what it costs to fix smashed up cars, provide medical treatment, and provide fair compensation to the innocent victims of crashes.

But we are not powerless.  In fact, the solution is entirely within our power.

All we have to do is drive safely.

A car crash is no accident.  Think about it.

There is no excuse at all for smashing into the back of another vehicle; there would be no intersection T-bone crashes if we all simply stopped when facing a yellow light; blowing a stop sign can never be explained away as being an “accident”; cell phones don’t “accidentally” force our fingers to text message when we drive; and it is no accident when we sit behind the wheel after consuming alcohol.

Cause car crashes to plummet and insurance rates will plummet accordingly.  That, or there will be that much more profit to go to paying for public infrastructure and services.

For the last approximately three months I have been asking the Provincial Government to advise whether or not there is a provincial task force, committee, or other structure specifically tasked to reduce car crashes in the Province of British Columbia and, if so, whether there might be a mechanism that would allow for public input by the likes of me and other interested British Columbians.

What are we waiting for?

While we wait for the government to get off its derriere, each of us can do our part to treat driving as seriously as it ought to be treated, and insist that those around us do the same.

Even one crash is too many.