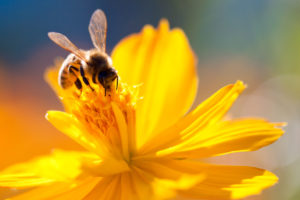 My words from the last column: “If swerving sharply or slamming on your brakes is your automatic reaction to a small, furry creature darting in front of your car, please work on changing that.”

Or consider taking the bus?

When we get behind the wheel, we take on a legal duty to all other road users.

That duty, going well beyond the rules of the road set out in the Motor Vehicle Act, is not to expose them to unnecessary risk of harm.

I’ve written before about how prohibiting one (hand held) and not the other (hands free) is a special kind of stupid. The science is clear that both are similarly distracting.

Even though the hands free version won’t get you ticket, it is still negligent because it exposes other road users to unnecessary risk of harm in the same way the hand held version does.

Same thing with blindly slamming on brakes for small animals. There is nothing in the Motor Vehicle Act that prohibits that dangerous behavior.

If you are unable to react safely to a small animal on the road, you are a ticking time bomb. The bomb blows when your reactionary slam on the brakes causes a crash.

What about a spider crawling out from behind the steering wheel of a person with a frantic fear of spiders?

Or a bee lands on the bare skin of your stomach?

A shirtless fellow was driving around a left curve with his window open.

The judge told the story:

“…a bee flew into the car and landed on his bare torso (he was not wearing a shirt). He glanced down and observed it was alive and crawling up his stomach.”

The fellow “…was so engrossed with the bee that he made no attempt to apply his brakes or to hold his car its proper course.” This caused the vehicle to continue turning to the left after the curve and into oncoming traffic, resulting in a crash.

There had been a trial, with a jury. The jury did not find the bare bellied bee basket-case (my words) at fault.

On appeal, the highest court in British Columbia came to the opposite conclusion.

The court outlined the driver’s legal duty: “…to conduct himself as not to expose other uses of the highway to unnecessary risk of harm by default in the management of his car ‘in respect of reasonable care, reasonable skill or reasonable self-possession, whether in emergencies or ordinary circumstances.’”

The driver’s lack of “competent self-command” (the words of the judge) was negligent, exposing other road users to unnecessary risk of harm.

If you have a lack of competent self-command, whether in the face of small, furry animals darting out in front of your car, a spider crawling out from your steering wheel or a bee landing on your bare tummy, you are a ticking time bomb.

What might you do to minimize the risk you pose to other road users?

You might consider getting psychological help to work through your issues.

Alternatively, if spiders are your thing, how about scour your vehicle for spiders before sitting behind the wheel, eliminating the risk of a surprise appearance.

If a bee would throw you in a tizzy, how about drive with your windows closed.

Or take the bus. Driving is a very serious responsibility. If you cannot exercise “competent self-command,” you shouldn’t be driving.

Tips: How to react to a bee in the car