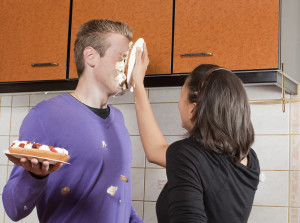 This is a true story. I will tell it as if you are the victim.

You are walking down a Vancouver street, minding your business.

You have done nothing wrong. In fact, you are a prominent, well-respected lawyer going about your business.

Then Prime Minister Jean Chrétien is scheduled to arrive nearby, but you have no interest nor involvement in that event.

Without a word of explanation, you are abruptly seized by police officers, handcuffed and taken away. You are in shock, calling out to the officers that they must have made a mistake.

You are taken to the police station.

They search you. Not in the less intrusive way of looking through your briefcase, your pockets, perhaps patting you down. No, they strip search you.

A few hours later, they let you go. There has been no charge.

The officers had indeed made a mistake.? It was an honest one, though. They had been alerted that a person matching your description was planning on giving the prime minister a whipped cream pie in the face.

It’s hard to imagine how a whipped cream pie could be concealed so cleverly that an on-the-spot pat down wouldn’t reveal the heinous criminal plot.

I don’t know if you are a man or a woman, younger or older. If you are a young thing like I am…ahem…imagine if this happened to your mother; your grandmother; your daughter.

OK, so it’s happened. The deed is done. The milk has been spilt. What now?

The prominent, well respected Vancouver lawyer, Cameron Ward, requests an apology. Well, shoot, of course he did! The event screams out for an apology.

Mr. Ward then goes? to the Police Complaints Commissioner. That internal “investigation” concludes not only that there was no wrong doing, but also denies the fact that he was strip searched.

All Mr. Ward wanted was an apology. He extended another olive branch. Apologize and I won’t take legal action.

This sounds familiar in the context of my personal injury practice.

Regularly, my clients tell me that they would not have pursued a claim at all if only their injuries were taken seriously and their basic treatment expenses were paid.

Well, there was no apology.

It turned out to be a very expensive ego.

Mr. Ward sued the police. There was a trial that lasted a full week. Mr. Ward was successful. He was awarded $5,000 as compensation for having been held without justification for several hours. More significantly, he was awarded another $5,000 as compensation for the strip search, on the basis that it was in breach of Mr. Ward’s rights under the Charter of Rights and Freedoms against being unreasonably searched.

It was a very important legal decision. Never before had a Canadian been awarded financial compensation for a police action, where there was no bad faith on the part of the police, for breach of the citizen’s Charter rights.

The $10,000 of compensation came at the expense of tens of thousands of dollars of legal expense incurred by us, the tax-payers, in defense of the action, not to mention what Mr. Ward spent.

That should have been the end of the matter. Did ego get in the way again? The government appealed to the British Columbia Court of Appeal, at more tens of thousands of dollars of expense.

It gets better—or worse from the perspective of us taxpayers. The government appealed again, this time to the highest court in this country, the Supreme Court of Canada. In a unanimous decision that was released in July, 2010, David finally slew Goliath dead.

Mr. Ward is a hero. ?It took him eight years and a lot of money but he made a point. The point he made was not just for himself, it was for all of us. His perseverance created an important precedent in Canadian Law.

Up until now, the teeth of the Charter were bared primarily for the benefit of criminals. For example, if the police strip search? a criminal without reasonable grounds, which ?is a breach of the criminal’s Charter rights, evidence found in that search cannot be used against the criminal. Those teeth have been quite effective in causing police to be extra careful to ensure the Charter is respected when conducting serious investigations.

Now, hopefully, the police will become extra careful to respect the Charter rights of us ordinary, law-abiding citizens as well. Thank you, Mr. Ward.