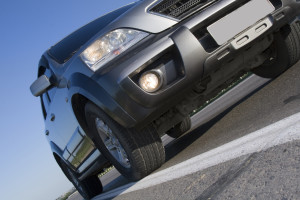 Everyone would agree that the value of a brand new car plummets as you drive it off the lot.

It’s not necessarily logical.  It’s still the same car.  It’s now just used instead of brand new.  The 8-900 kms you put on it has had zero impact on its mechanical condition.  You have been careful to ensure the interior is exactly the same as when you purchased it.  That “new car” smell is still there.  Try to sell a brand new car two weeks later, though, and you will take a huge hit no matter how elaborate your logical arguments might be.

Logical or not, that accelerated depreciation is a marketplace reality.

An insurance company tried to use similar logic to get out of paying for another type of accelerated depreciation in a recent court case.

The main issue in the case was whether the market value of a Mercedes SL65 AMG had gone down because it had sustained damage when the valet parker lost control and crashed it, causing damage costing $26,000.00 to repair.  The owner of the Mercedes was claiming for that loss of value.

We all know that, in British Columbia, a person wishing to sell a vehicle that has sustained damage in an accident costing $2,000 or more to repair must declare that to a buyer.

The insurance company had hired an expert in automobile appraising.  That expert tried to use logic to convince the court that so long as a vehicle damaged in an accident has been repaired properly, there is no loss due to accelerated depreciation regardless of the amount of the damage.  Logically, the expert asserted, a reasonable buyer would not think that a properly repaired vehicle is worth less than had the vehicle never been damaged.  The car should sell, in the marketplace, for exactly the same price as if it had never been in a crash.

Logically, that makes sense.  If all the damaged parts were properly replaced it’s effectively the exact same car it was before the crash.  Perhaps, arguably, it is even better because some of the parts would have been replaced with new parts.

Yes, there’s some logic there, but I’d bet everyone reading this (who is not an insurance company representative) would agree it’s full of something that gets shovelled out of pig pens.

The judge hearing the case saw through it.  The judge pointed out that the question is what is likely to actually happen in the marketplace where reason does not necessarily prevail, not what should logically happen.

The judge preferred the evidence of the appraisal expert hired by the plaintiff, that indeed the value of this luxury car had gone down as a result of the damage it had sustained, even though the damage had been properly repaired.  That expert had given an opinion that the loss of value amounted to 15% of the vehicle’s value at the time of the collision.

Of course, the value went down.  A $2,000.00 damage declaration would reduce the value of any car.  “Of course” is not a convincing legal argument, though.  Matters of opinion require the evidence of “experts”, in this case automobile appraisal experts.  The fact that the “of course” won the day in this case doesn’t stop an insurance company from hiring the same expert to make the same “logic” arguments in another case.

The precedent that this case provides, which is applicable to other cases, is clarification of the law that this loss, called “accelerated depreciation”, is a loss that a negligent driver (through his insurance company) must pay for, even if you have not sold the vehicle and effectively “paid for” the loss by selling the vehicle at a discount.  Armed with this case, it is a loss that I will be considering in every personal injury claim when the injured victim’s vehicle has sustained $2,000 or more in damage.

If anyone would like a copy of the court decision, please e-mail me and I will forward it to you.