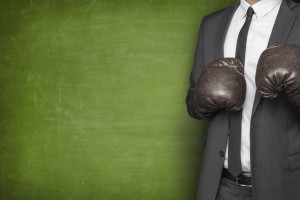 If a police officer tickets you for a driving offence that you did not commit, there are instructions on the back side of the ticket for how you can dispute the ticket.  You will end up in front of a Justice of the Peace in “Traffic Court” where you will have the opportunity to defend yourself.

What if ICBC wrongly assesses you as being at fault for a crash?

Consequences of an incorrect fault assessment can be severe.  Depending on your driving history and your income, the assessment can push your insurance premiums up so high that you can no longer afford to drive.

The representatives of ICBC who make fault assessments are doing their best, I assume, with the information available to them.  Often, though, they are facing a “he said , she said” situation.  If the other driver is dishonest, how is ICBC to figure out which one of you is telling the truth?  The default is a 50/50 liability assessment.  Like King Solomon’s threat of cutting the baby in half, both drivers lose because they both end up with insurance consequences.

You are the driver who really loses, though, because you were the innocent driver.  What do you do?

The ICBC website provides internal options of talking to an ICBC manager or asking for an internal process they call a “Claims Assessment Review”.  Neither of those processes, though, can resolve a situation where one driver says one thing and another driver says something else.

The ICBC website correctly notes: “Please note, the courts have the final say about who’s liable for a motor vehicle crash”, and lists “Dispute your claim in court” as an option if you disagree with ICBC’s fault assessment.

Getting your day in court is not as easy as following the instructions on the back of a traffic ticket, but it’s not the unsurpassable mountain range you might feel it is either.  If you want some inspiration, I invite you to read the Kelowna Small Claims decision of Tough v. ICBC, which can be found with an internet search of Provincial Court of British Columbia judgments.

Eric Tough was the victim of a crash at age 17.  He was turning left when an oncoming vehicle broadsided him.  He was not injured, miraculously, but his $750.00 “beater” of a car was destroyed and his insurance premiums priced him out of being able to afford to drive because ICBC assessed him 100% at fault.

Young Mr. Tough was the classic “David” in a “David and Goliath” situation.  With the help of his step-father, he picked up a stone and put it into his slingshot by commencing a Small Claims lawsuit against the offending driver as well as ICBC.  They did not hire a lawyer.

After reviewing the evidence, Judge Wallace of the Provincial Court issued a decision reversing the fault assessment that had been made by ICBC.  She completely exonerated young Mr. Tough, assessing the oncoming driver 100% at fault.

I am a big fan of Small Claims Court.  It is a wonderfully accessible way to achieve justice without having to incur the exorbitant expense of hiring a lawyer.  A quick internet search will get you to the Provincial Government website that will help you along.