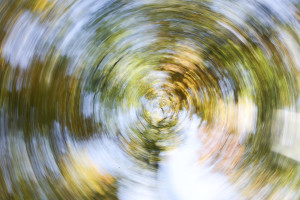 My father moved last month to live down the street from me.  We hadn’t lived in the same city since I left Regina to go to the University of Victoria for law school in 1991.

Having been born in 1935, he was 56 in 1991.  He is now 77.  When he retired, he and his wife moved to live in Brasil where my father had served as a Catholic monk as a much younger man.  We got to see him and his wife for a week or two each year during their annual trip back to Canada.

They would rent a car and drive extensively during their annual pilgrimage, visiting family.  The last several years they have borrowed my car.  Not having a car gave me more of an excuse to license my motorcycle.

Yes, I own a motorcycle.  No, it wasn’t the product of a mid-life crisis.  There was a curious coincidence of my wife surprising me with a Harley along with a dramatic increase in my life insurance.

Since moving here, we have been sharing my car while they get settled in and get around to car shopping.

Between my father and his wife, my father has always been the driver.  Of course.  That’s the way of the world.  The man drives.

My father collapsed as he was walking home from my house last week.  He has no recollection of going down.  He found himself laying on the sidewalk, his glasses in pieces.  He picked himself up and made it the last bit to his house.

I doubt I would have learned of the event if he hadn’t ended up with a big goose-egg on his right cheekbone.  He must have landed on his face.  There’s that and our wonderful neighbours who called us immediately after witnessing the aftermath.

When asking him about it, my father filled me in that he had been having dizzy spells from time to time, sometimes to the point of falling.  He somewhat reluctantly agreed to go to a doctor the next day and now has an appointment booked with a cardiologist.

My father’s wife had been away – she was in Saskatchewan for a memorial.  She flew back into town yesterday.  My wife and I, and kids, are away – camping.  I left my car keys with my father, so that he could pick his wife up at the airport and they could run errands.

What the hell was I thinking?

His last dizzy spell, coming on as he was walking down the sidewalk, hurt only his face and his glasses.  What if he had been driving my car?  Yes, the dizzy spells were few and far between, and the odds that a dizzy spell would occur while he was driving were very small, but even a small probability is too high a probability, right?

I am reminded of retired farmer Mr. Poole.  At age 88, he had continued to drive after being prohibited from doing so because of his extremely poor vision.  He was caring for his disabled wife; without his help, she would be in a care facility.  He minimized risk by driving extremely carefully, never exceeding 30 kms/hour.  His level of care and low speed didn’t save the flag-person who he killed (March 13, 2011, column).

Thankfully, my father made it to the airport safely.  I am also thankful that my father is less of a moron than I am.  He e-mailed to say that he insisted that his wife drive home from the airport.

The apple doesn’t fall far from the tree, though.  We are both morons.  My father recognized that as between him and his wife, his wife should be driving.  How did he and I both miss the boat that he shouldn’t be driving at all until the cause of his dizzy spells has been diagnosed and effective treated?

Had a dizzy spell caused a crash, I would have been as responsible as him, certainly legally and I strongly suggest morally as well.