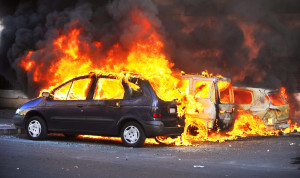 Malaysian Airlines Flight 370 has dominated the news since it disappeared on March 8, 2014, with 239 people on board.

The search for the wreckage continues, in part to give the families of the victims some closure, but also to get to the bottom of what happened.  One aviation safety expert was quoted as saying “It’s important to find that out [what happened] so that we can fix it so it doesn’t happen again”.  He noted: “Unfortunately, we’ve had a history of sort of graveyard policy making.  You wait until enough people die and then you make a change”.

It is an unfortunate public safety reality.  To make that statement more accurate in an overall public safety context, though, you need to add “at the same time” to the end of it.

Mass deaths get our attention, and when we turn our attention to a tragic loss of lives we become motivated to do something to prevent it from ever happening again.

One death here or there gets just a blip of media, and therefore public, attention.  Increase the death toll and we collectively take notice.

How unfortunate that one of the most preventable and significant losses of life is just a series of blips.

An average of approximately 6 people die in motor vehicle crashes every day in Canada.  If we were to put all six in the same car, we might hear about it for a couple days.  If only we could put the approximately 150 who have died since Malaysian Flight 370 disappeared into the same vehicle.

What urgent, public outcry would result from such an event?  What incredible level of media attention, and therefore public awareness about the preventability of car crashes would arise?

Fatalities are just the tip of the iceberg.  Motor vehicle crashes are different from plane crashes.  Plane crash injuries are relatively rare when compared with fatalities.  In contrast, there are more than 250 injured victims of car crashes for every one fatality.  In British Columbia alone, almost as many people are injured in car crashes every single day as perished on Malaysian Airline Flight 370.

In contrast with aviation safety, where improvements have nothing to do with public awareness, motor vehicle safety is literally in the hands of the driving public.  While modest engineering improvements might be made here or there to our vehicles and roads, quantum leaps forward in safety could be achieved if the driving public took notice.

If the tragic consequences of car crashes were always on our minds when we sat behind the wheel, we wouldn’t allow ourselves to be distracted, which is the primary cause of crashes.

How do we make the tragic consequences of car crashes interesting enough that the media will be motivated to report on them?  Alternatively, perhaps the media might take a leadership role in public safety by figuring out how to present the information in a compelling way.

Another British Columbian is likely to die, and another couple or so hundred are likely to be injured, on our roads today, and tomorrow, and the next.  Please keep that in mind when you are behind the wheel.