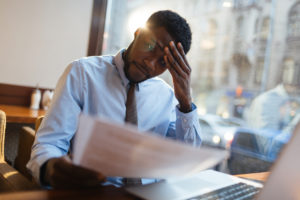 Honesty is not enough.

I wrote last week about credibility being “everything” in a personal injury claim. And that being scrupulously honest is critical.

But even scrupulous honesty is not enough. Imperfect memories can result in scrupulously honest people getting things wrong.

And getting things wrong, even when completely innocent, can destroy credibility almost as harshly as dishonesty.

Because it inevitably raises the question: If you remembered that part wrong, how reliable is anything else coming out of your mouth?

But there was a crash. You were taken to the hospital. You’ve been seeing a doctor and therapists. Why does your memory even enter into the picture? Don’t the facts speak for themselves?

Yes, they do – for the first weeks or months after a crash. Not so much during the most critical time frame of a personal injury claim: after fractures have healed and connective tissue injuries have transitioned from acute to chronic.

It’s that final plateau. Whatever symptoms and functional limitations you are left with after you’ve done everything you can to get better.

The constant headache has gradually dialed back to once or twice a week, for example.

Your neck flares up only when holding a constant position for too long, like with prolonged computer work, so you have to pace your work day. Otherwise, it’s just a nagging ache.

You look fine to your co-workers and friends; no different from how they remember you before the crash that occurred three and a half years ago.

This is when personal injury claims become challenging and credibility becomes so very critical.

You participate in a standard litigation process called an Examination for Discovery. It’s an event where an ICBC defence lawyer asks you all sorts of questions. You are under oath and everything is recorded.

You are asked about how you were three and a half years ago, before the crash. That’s a long time ago!

“Did you have headaches before the crash?”

With no recollection of anything of a headache problem, you respond: “No. No different than anyone else would have headaches.”

What does that mean?  How often does “anyone else” have headaches? I am lucky, by the way. I get a headache only a couple times a year, after overdoing alcohol the night before.

You don’t remember. Your lawyer cautioned you never to guess, but the defence lawyer is suggesting that your ongoing headaches might be no different than they were before the crash. You know with absolute certainty that’s not the case.

You are specifically asked if you got headaches more than once every couple months. And if you ever had headaches lasting more than one day. You very honestly deny both propositions.

But then the defence lawyer pulls out a big, black binder containing your medical records. They include the notations of a massage therapist you had started seeing because you had benefits through work.

You are pointed to a notation dated six months before the crash: “H/A x 3 days”. And one two months later: “2 H/As since last wk’s tx”.

The first was a bad flu. The second was an incredibly stressful time at work. Whatever your “excuses” (ICBC characterization), you got it wrong.

Had you taken the time to review your medical records before the examination for discovery, you would have seen those notations and refreshed your memory. You could then have confidently described your pre-crash headache pattern, getting it right and maintaining your credibility.

Instead, you have lost your ability to credibly describe the difference between your ongoing headache pattern and the pattern leading up to the crash. That has seriously compromised the chance of achieving fair compensation for that difference.

Do you have to remember every little date; every little detail? No. But for a hope at fair, financial compensation for consistent, regular headaches for the rest of your life you better get your pre-crash headache pattern right.