I will now provide you with a roadmap of steps to take in order to minimize ICBC’s ability to have a hit-and-run claim dismissed on a technicality. 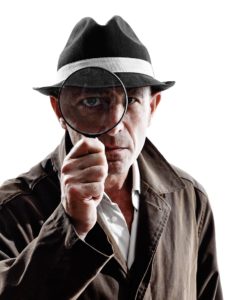 I call it a technicality because most people have no idea that their claim could be dismissed if they don’t play detective to find the perpetrator.

ICBC’s website has very minimal information.  And the information they give is misleading.  Under “Steps to making a hit and run claim”, they have as a heading for step 1: “Try to identify the other vehicle and the person responsible”.  But the only instruction they have under that heading is “Call the police immediately if you notice the hit and run motorist leaving the scene, and provide the description of the vehicle and the driver, the plate number, and the direction the vehicle is travelling, if you can”.

I wonder if they will update their web page to include a link to this column?  I don’t really wonder.

Or include a link to the case of Springer v. Kee, 2012 BCSC 1210, where an innocent victim’s claim was dismissed even though the police were called to the scene.

At the trial, ICBC argued that Mr. Springer should have done more, by approaching other motorists at the scene who might have observed the license plate number of the offending vehicle.

The ICBC adjuster hadn’t said anything about that when Mr. Springer reported the claim to ICBC.  The judge noted that in fact the adjuster did not provide any information or guidance indicating his obligations to take actions to identify the unidentified driver.

But at the trial, they argued that Mr. Springer should have taken steps to follow up with the police, advertise in local newspapers or to post signs in and about the location of the collision in an effort to find witnesses.

The judge, bound by the law, had to dismiss the claim as requested by ICBC.  He clearly saw the injustice, though, noting as follows: “ICBC was, in my view, remiss in their duty to inform the injured party about the steps necessary to perfect his claim, particularly in light of the conversations with the adjuster indicating that his claim had been accepted by the corporation. It seems to me that ICBC’s communications with an injured person ought to include a warning about the prerequisites of the claim against an unidentified motorist.”

What follows is a roadmap of steps to avoid the injustice experienced by Mr. Springer.

Call the police immediately, from the scene, to report the hit and run offender.  When doing so, ask them for anything you might do to help them with their investigation.  Follow up with them a week later and continue to follow up so long as the investigation continues, continuing to ask for ways you might be able to assist.

While at the scene, approach anyone who might possibly have witnessed the collision, to ask if they can provide anything of a description of the offending vehicle, the offending driver or the license plate.  This would include other motorists, pedestrians, folks at nearby businesses, etc.  This might feel really dumb, because anyone witnessing a hit-and-run is likely to run over to help you out, but go through the motions.

At the scene, or the next day if they are closed at that time, go to nearby businesses to ask if they have any security video cameras that might have captured the incident.  If so, ensure footage is reviewed and preserved, with any information given to the police.

Create and post notices on street light poles, power poles, and anything else you can secure a notice to, asking for help identifying the offending vehicle and driver.  Take photographs of those postings.

Post a request for help to identify the offending vehicle and driver on whatever social media platforms you participate in, asking your contacts to “share” your posting.  Take screen shots of those postings.

Post an advertisement in the local newspaper with the most broad circulation, and on online news platforms.

Keep a journal of all these steps you take, and where applicable keep screen shots, newspaper clippings and photographs as proof.

Finally, get in to see a personal injury lawyer as soon as possible to carefully review this issue with you and ensure that you are on the right track.

If you, yourself, were unable to note down the offending plate number, are any of these steps likely to lead to identification of the offending driver?  Of course not.  But if you fail to take those steps, you risk ICBC weaseling out of compensating you for your losses.