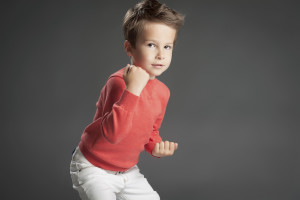 My column on Dec. 5 told the David and Goliath success story of the court reversing ICBC’s finding of fault against a young driver. The insurance corporation had told the young driver he was fully at fault.

The young driver took ICBC to court, without the assistance of a lawyer. An ICBC lawyer defended the case, it went to trial, and the court found the other driver to be 100 per cent at fault.

That trial was heard in the Provincial Court’s small claims division. The highest court in British Columbia, our Court of Appeal, finally put a stop to a Supreme Court level case ICBC seemed to be hanging onto like a dog to a bone, even though it was, in the words of one Appeal Court justice, doomed to failure.

It was another hit and run injury that helped change the laws in this province, requiring us to pre-pay for gasoline. A woman put $10 of gas into her tank. She then drove from the gas pump to the adjoining street, appearing to have forgotten to pay. When the gas attendant walked out and stood in front of the car, the lady drove into him, causing him to be thrown onto the hood of her car. She then sped off, getting her speed up to over 100 kilometres per hour until abruptly turning left which threw the attendant off the hood.

The attendant, of course, suffered injuries. It was about as atrocious a driving incident as could have been imagined. What did ICBC do when the gas attendant made a claim for his injuries?

It assessed liability, at least in part, against him. It blamed the victim. The completely wrong liability call it had made in the David and Goliath case wasn’t so much an isolated event as the insurance corporation would like you to believe.

A lawyer took on the case on behalf of the gas attendant. It went to trial. On Sept. 9, 2008, the Supreme Court judge hearing the matter found the driver 100 per cent at fault. ICBC wouldn’t let go, though. It appealed. It wasn’t until Nov. 12, 2010, that the final nail in the coffin was tacked into place by our Appeal Court.

I wonder if “fair” compensation for the injuries sustained by the gas attendant was as high as the expense incurred by ICBC, the gas attendant’s lawyer and the court system to get to the liability result that should have been patently obvious in the first place?

Why did that case ever have had to go to trial? Why was it appealed?

These are examples of just two recently concluded cases that have gone to trial. How many other liability decisions are not challenged on the assumption that they must be right if made by an insurance company?

As a result, how many people settle for low compensation for their injuries? Is this why ICBC’s profits have been so high? If you would like to see copies of the actual court decisions, e-mail me.