ICBC tried to have an innocent victim’s claim dismissed, arguing he didn’t do enough to try to identify a hit and run driver.  This time they failed. 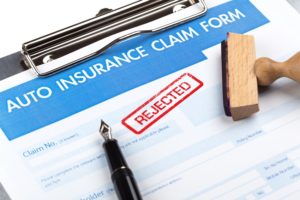 But in other cases they have succeeded, stripping injured victims of fair compensation for their injuries and losses.  Learning about steps you must take to protect your rights as a hit and run victim can help avoid that happening to you or someone you care about.

Unless an out of province vehicle is involved, your right to fair compensation for injuries and losses is transferred to one and only insurance company, ICBC.

That has led to the general public referring to compensation rights as being “ICBC claims”, blurring the technical reality that the root of the claim is against the offending driver.  And that unless you identify that offending driver, there can be no claim.

That provision is what allows you to pursue a claim directly against ICBC even if you cannot identify the offending driver.  But that right comes with a proviso in subsection 5, which requires that “all reasonable efforts have been made by the parties to ascertain the identity” of the offending driver and vehicle owner.

The Ghuman case is an example of how ICBC will second guess whatever steps you have taken, hoping to convince the court that you haven’t taken “all reasonable efforts”.

Mr. Ghuman had been the third vehicle in a stopped line of traffic waiting for a light to turn green.

It was dark, within a large commercial area with little traffic, large surrounding parking lots and far distances to surrounding street corners and businesses.

When the light changed, he heard a noise that sounded like tires screeching and the vehicle directly in front of his quickly reversed colliding with the front of his vehicle.  The offending driver then sped off.

It happened quickly and unexpectedly.  Mr. Ghuman was unable to memorize or record the license plate before the vehicle took off.  And he was able to provide only a general description of the offending vehicle.

The lead vehicle in line left the scene.

Mr. Ghuman looked around but did not see any potential witnesses to approach and no one approached him.

That was one of the things ICBC second guessed in the case.  They also said Mr. Ghuman should have done more to canvass for witnesses at the scene.  But their primary argument was that he should have called the police at the scene, though they allowed that it would also have been reasonable to call the police when he got home that evening.

Mr. Ghuman notified ICBC about the hit and run collision the day after the collision.  They could have given him a list of steps they wanted him to take at that time.  But they waited until later to argue that he should have done more.

ICBC said he should have followed up with the police.  And that he should have gone around to the businesses in the commercial complex looking for potential video recordings or notes of witnesses who might have come forward to those businesses.

Given the distances of the surrounding businesses from the scene of the collision and the layout of the area, the judge accepted there would have been little benefit in contacting businesses for video surveillance and/or records of people who may have come forward to those businesses, noting that such efforts would be highly unlikely to produce any results.

The judge deciding the case cited case law for the proposition that “the Act does not demand that a plaintiff make every conceivable effort to show it was not possible to ascertain the identity of the unknown driver or owner. Rather, what is required is that a ‘plaintiff act reasonably in light of surrounding circumstances, including the information known to him or her at the material time’.

Thankfully, justice was served with a rejection of ICBC’s application to dismiss Mr. Ghuman’s claim.

How can you best protect yourself in a hit and run claim?  Next week I will provide a roadmap of steps that should be taken at the scene, and in the days and weeks following, to do just that.