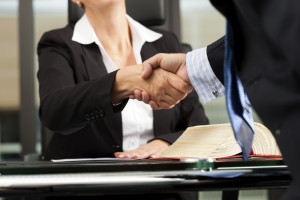 With darkness fallen, you don’t notice that city workers have dug an unmarked pit in the middle of your favourite walking path.  You fall and suffer a complex leg fracture, requiring plates and screws.  You are off work as a framer and fear about your future in a job that requires you to be on your feet all the time.

As much as your mouth might be salivating over the delicious prospect of having a huge claim, I want you to remember that there is nothing “extra” in a claim beyond fair compensation for actual losses.  There is no “bonus”.  Worse than that, if a lawyer is required to get you to fair, the lawyer takes 1/3 so you never end up with more than 2/3 of fair compensation.

You notify the city.  Knowing that their workers will cause injury to citizens from time to time, the city carries liability insurance.  You are put in touch with the insurance company.  It’s “plain as day” clear to you (I hope) that the insurance company is looking after the city’s interests, not yours.  You hope that they will be fair with you, though, so you won’t have to end up with only 2/3 of fair compensation.

What if the insurance adjuster sent you an e-mail saying: “We want you to make an informed decision about your claim.  So make sure you understand your rights – not just rumours.”?

What would that mean to you?  Would you think the adjuster means that you should come in to the adjuster’s office to make an informed decision based on what the adjuster tells you?

I hope there’s a little voice in your head screaming “OF COURSE NOT!”.  Of all the people in the world to rely on to inform you about your claim, the very last person you would rely on is the insurance adjuster representing the person you have a claim against, whose job description is to pay out as little as possible so as to maximize the insurance company’s profits.

If the adjuster genuinely wants to ensure that you make an informed decision, the adjuster will provide you with a full, written, explanation of why a settlement offer is fair and will insist that you take that written explanation to a lawyer to independently confirm the fairness of the offer.

No lawyer will agree to take on your case if the offer is, indeed, a fair one.  Like every other business person, lawyers rely on word of mouth referrals to make a living.  You wouldn’t be in business long if your clients didn’t end up with more in their pockets after paying your 1/3 fee than what the insurance company offered.

Why is it that the vast majority of my clients are those making claims against an insurance company that is issuing a pamphlet (with annual insurance renewals) containing the exact words I quoted above?  Has ICBC changed?  Are ICBC adjusters all of a sudden changing their tune and recommending that injured victims get independent legal advice?