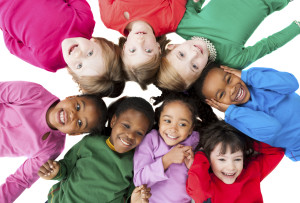 Our children are exposed to all sorts of risks of harm.

We do our best protect them from the various risks they could fall victim to.

The greater our awareness of a risk, the greater the precautions we take, or insist that our children take, to avoid or minimize that risk.

Our children’s own awareness of risks is also important, though they are less able to appreciate how serious consequences can be.

We must drill into their heads that they must look both ways before crossing the street, for example, because they simply do not appreciate how dangerous it is to dart out without checking for traffic.

We see all sorts of public awareness campaigns aimed at raising awareness for this or that risk: because increased awareness leads to increased precautions and, in the case of safety risks, fewer injuries.

Some risks can be eliminated.  Your child will never get hurt on a trampoline if you ensure your child is never allowed to play on one, for example.

Of course, there was a time when the risk of backyard trampolines was unknown to parents.  It was not until news broke of children suffering injuries on trampolines that there was an awareness of that risk.

Other risks cannot be eliminated.  The best we can do for those risks is to minimize them.

One risk that we wish like heck we could eliminate for our children is the risk of sexual abuse.  It’s up to us as parents to minimize this risk by keeping our children away from potential offenders.

To a large extent, we rely on others to ensure our children do not become sexual prey.

For example, we rely on the school system to ensure teachers are carefully screened and to ensure that policies and procedures are in place to eliminate the possibility that our children could fall prey to a sexually deviant teacher who has slipped through the screening process.

Our level of reliance on the school system is built on a trust that the screenings, policies and procedures are effective at protecting our children.

If we had a clue that the system was failing to protect our children, we would take immediate action to either fix the broken system or remove our children altogether from that system by, perhaps, home schooling them.

Keep us in the dark and we are powerless to protect our children.

In my opinion, children’s safety is important enough that our laws should promote full disclosure of risks of harm so that we are best equipped as parents, and as a society, to take steps to eliminate or keep those risks to a minimum.

The key mechanism for identifying and addressing harms to children in our society is by way of a lawsuit.  If there is a lawsuit brought to recover compensation for harms and losses to children, the law should prohibit the alleged wrong doer from doing just the opposite of full disclosure and imposing confidentiality terms on settlements.

In my view, the laws should apply not only to child sexual abuse risks, but also to any other risk to children’s safety.

If a child suffers harms and losses, whether through sexual predation, a dangerous toy, medical malpractice or any other cause, and a lawsuit is brought to recover compensation for those harms and losses, imposed confidentiality over the settled results of the lawsuit should not be permitted.

As a parent, I want to know as much as possible about the risks of harm to my children so that I have the best chance to protect them.  As a member of society, I want there to be general awareness about those risks so that we can take collective steps to protect the most vulnerable among us.