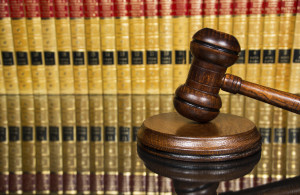 It was a hot button headline.

The proposed pay raise, from massive ($231,138) to more massive ($245,526), is beyond most working people’s comprehension.   Particularly in the context of public sector union contracts being negotiated with zero increases, this proposal appears obscene.

There was some qualifying detail given in the news reports, but judging from comments electronically posted by readers on the internet, very few saw past the headline.

I read through comment after comment, slamming judges for their perceived greed.  The odd comment in support received overwhelming thumbs down in the court of public opinion.

I took the time to learn the facts behind the headline.  I invite you to do the same by checking out the 2010 Judges Compensation Commission report (the “Commission Report”) and the Provincial Government’s response (the “Government Response”), which can be found at http://www.ag.gov.bc.ca/judicial-compensation/index.htm.

One key fact is that judges are special. They are not government employees.

Quoting from the Government Response:

“It is a fundamental principle of the Canadian constitution that the courts must be independent of government…”.

A 1994 Federal Court of Canada decision is quoted as follows:

“[The] independence of the judiciary is an essential part of the fabric of our free and democratic society.”

The supreme law of Canada states that “financial security” is an essential condition for judicial independence.

“…judges’ remuneration…must be established through a process that incorporates an independent, objective and effective judicial compensation commission that reports and makes recommendations on judicial remuneration.”

Unlike unions that negotiate their pay, armed with the threat of striking, the Canadian Constitution prohibits judges from negotiating their pay.

It wasn’t the Provincial Court Judges who asked the Government for zero pay increase for 2011/2012 and 2012/2013, with a pay increase for 2013/14 of 6% to keep up with the cost of living.  No, it was the independent Commission that made that recommendation.

One of the factors the Commission was required to consider is the financial position of the government of British Columbia.  The Commission’s careful review of our Province’s financial situation led to the recommendation of two years with zero increases, which in the context of inflation is a pay cut.  It was on a projection of a balanced budget in the third year that the cost of living increase was recommended in that year.

Unlike other commission reports that provincial governments sometimes choose to ignore, judicial compensation commission reports cannot be ignored.  The law does not mandate the Government to automatically implement the recommendations either, though.  “…the government retains the power to depart from the recommendations as long as it justifies its decision with rational reasons…”.

The Government rejected the recommendation for the third year pay increase.  Reasons for that rejection were given in the Government Response.

The independent commission process was put in place to arrive at reasonable remuneration for the incredibly important job judges do.  That process is undermined if commission recommendations are unreasonably disregarded.

Judges are not suing for a pay increase.  They are suing to assess the reasonableness of the Government’s rejection of the independent commission’s recommendations.

I am not taking sides with Provincial Court Judges on this issue, by the way.  I have insufficient knowledge of the law to predict whether or not the Provincial Government’s disregard for the Commission Report recommendations will be found to be lawful.

I am on the side of justice, and justice mandates that Provincial Court Judges be able to test that issue in a lawsuit (to be heard incidentally by totally independent justices of higher courts).  Justice also mandates that the public be educated about the process to avoid judges being “judged” unfairly.

You may notice that judges don’t publicly stick up for themselves.