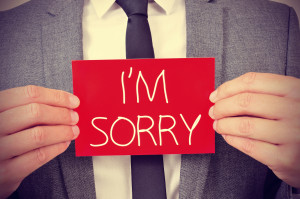 “A person in your position should become a little better informed before writing such an ignorant article that tries to tarnish a whole industry”.

Those biting words came to me from a reader of my last column, Dale, who has been in the autobody business since 1979.

To illustrate “accelerated depreciation” (the reduction of a vehicle’s market value arising from a crash requiring repairs of $2,000.00 or more), I shared two, personal, examples where the paint on repaired areas of vehicles had faded or peeled over time.  It is examples like those that we experience personally or hear about from others that lead to a “marketplace” fear that repairs do not return a vehicle 100% to its pre-crash state.  This fear results in a depreciation of value.

It had not occurred to me that my column might cause those in the autobody industry to feel maligned.  How short sighted of me!

Dale shared with me that he often has to “dumb down” the finish of paint jobs he performs in his autobody business so that the repaired area does not stand out looking shinier and smother than the substandard original paint.  He noted his personal example of having repainted his own, damaged truck 10 years ago, and the repainted area is still indistinguishable from the original.

According to Dale, ending up with a prematurely fading paint job is the result of a “poor consumer choice in the decision of which repair shop to trust your vehicle to”.  He’s right, of course.  Just like every industry, there are those who are leaders of quality and service (like Dale) and those who are substandard.  The implication in my column painted the entire industry with the same brush (pun intended).

The point was really brought home to me when I read a CBC article: “Hall of Shame: ICBC reveals top fraud files of 2015”.  A handful of egregious examples of fraud are listed, followed by ICBC’s estimate that “10 to 20 per cent of auto insurance claims contain an element of fraud or exaggeration”.

I bristle at such articles, and estimates, because of the broad brush impact they have on public perception.  I live and breathe the struggle to achieve fair, financial compensation on behalf of innocent victims who regularly come to me saying “all I really care about is that my actual medical expenses are reimbursed” after funding for their care has been unfairly cut off.  Yes, some people “milk” ICBC claims just like some people shoplift and cheat on their taxes, but highlighting that small minority has such a damaging and hurtful impact on public perception of the vast majority who are simply struggling to get better and achieve justice.

Unlike my ignorance as to the impact my column might have on public perception of the autobody industry, ICBC is keenly aware of the impact of “information releases” like the one leading to the CBC article.  I offer an apology, sincerely, for the inadvertent impact of my column.  I rhetorically ask: Will you apologize as well, ICBC?

I will close with pondering the extent to which we might be allowing our perception of refugees, and willingness to embrace them, to be impacted by media reports of the very small minority of criminal elements amongst them.