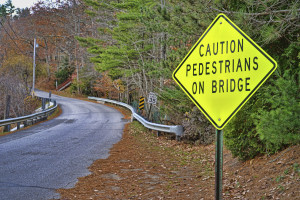 I am so frustrated that I could scream.

It’s late.  The kids are in bed.  My wife is reading a book.  I’ll restrain myself.

Kelowna has had another car crash fatality.  Last week Thursday, a 62 year old pedestrian was killed at the intersection of Highway 33 and Loseth Drive.

The tragedy made a blip in the news.

A small plane goes down, killing the pilot and a passenger, and we all take notice.  An investigation is launched to determine the cause of the crash to protect future air travellers.

A pedestrian is killed in our community and “blip”.

Have we become so numbed out by the multitude of car crashes that we have come to accept them as inevitable and, therefore, acceptable?

Indeed, according to ICBC’s “community snapshot” for Kelowna, there is an average of approximately 8,700 car crashes in Kelowna every year.  That’s approximately one every hour.

Are crash related injuries and deaths so frequent that they have become acceptable as well?

An average of approximately 2,700 people are injured every year in Kelowna alone (one every 3 hours and 15 minutes).  The fatalities seem to “trickle in”.

I have news for you.  Car crashes are not inevitable.  They are ridiculously unnecessary.  The vast majority of crashes would be avoided if drivers simply paid attention to the task at hand.

This “blip” of a fatal crash is a prime example.  The westbound driver turned to his left, directly into the driver’s side of the oncoming eastbound vehicle that was passing through the intersection facing a green light.  The impact caused the eastbound vehicle to spin out of control, striking and killing the pedestrian.

It was as easily avoidable as the Westside “accident” that killed Stew Tuningley last summer.

It was as easily avoidable as the vast majority of those 8,700 crashes that occur every year in Kelowna.

We should be screaming every time an innocent victim is injured or killed.  Yes, we would get mighty hoarse, but perhaps we would raise some awareness.  Perhaps the statistics would slowly but surely improve.

I am convinced that we can make a change.  We “just” need to bust out of our complacency.  We “just” have to increase the level of care we take when we’re sitting behind the wheel.

I hope not.  For the sake of my children who are snuggled in bed, I hope not.

The World Health Organization and the Association for Safe International Road Travel have jointly developed a book entitled “Faces behind the figures: voices of road traffic crash victims and their families”, to put a human face on the statistics.

I have launched a new web site, www.onecrashistoomany.com, to create a British Columbia version of that book.  The more we are exposed to the horrendous personal losses, the more we might care about changing things.

Scream with me.  Please.