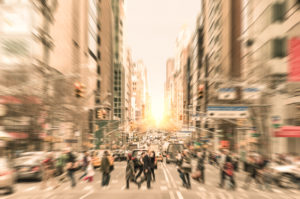 Eastbound lanes of traffic are at a complete stop for a red light.

His license is suspended.

He has three previous convictions for driving while prohibited.  He had no business being on the road in the first place, let alone his illegal maneuver.

Pedestrians commonly cross mid-block on that street.  Twenty-two year old Veronica Howell is doing just that.  She walks through the stopped eastbound lanes.

When Veronica gets to the centre line, she slows or stops and looks to her right for westbound traffic.

Traffic is clear so she starts across the westbound lanes.

Clear except for the pick-up truck coming from the wrong direction, driven by the prohibited driver.

Veronica is thrown up onto the hood before landing on the ground unconscious and bleeding.  She has life threatening injuries including a fractured skull.

For a play by play of the incredible police work performed by the Vancouver Police Department to identify the hit and run driver, read the court decision of Madam Justice MacNaughton (Howell v. Machi, 2017 BCSC 1806).

Who do you think is at fault in this horrible hit and run collision?

Veronica had a few strikes against her:

1. She was not crossing in a crosswalk, or at an intersection, in busy rush hour traffic;

2. She was wearing a burgundy jacket and grey toque making her less visible in the dark evening;

3. She did not recall hearing the pickup truck coming, even though a witness had heard it from further away across the street;

4. Despite not being a driver herself, she should have been aware of the possibility that a driver might illegally pull around to access the left turn lane ahead; and

Madam Justice MacNaughton concluded that Veronica was 25% at fault.

Veronica, left with permanent, disabling injuries, will recovery only 75% of the value of her lifetime of income losses, pain and suffering, future care and other harms and losses that were assessed by the court.

The law imposes an obligation on all road users to take reasonable care for our own safety, as well as the safety of those around us.  That obligation is maintained regardless of how illegal, careless or outrageous the conduct of other road users.

But law aside, who has the higher moral obligation to be cautious, as between motorists and pedestrians?

I say it’s the one wielding the 4,000 pound battering ram, whose most significant injury colliding with a pedestrian will be psychological.

Instead of being angry with jaywalking pedestrians who you come close to mowing down, how about be angry with yourself for not driving with a level of care that would have you calmly anticipating and prepared to react to such conduct.