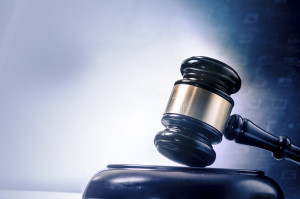 You can expect your privacy to be invaded to a certain extent if you pursue a personal injury claim.

One significant invasion of your privacy is the disclosure of your medical records to the insurance company. Those records must be kept confidential within the confines of the lawsuit, but the thought of any stranger reviewing your private medical history, especially someone looking for ways to challenge your claim, is going to feel like a violation.

Invasion of privacy goes to an entirely different level from time to time. Thankfully, it does not happen very often. I am talking about surreptitious video surveillance.

Imagine yourself going to a gym to work out. I know, 2011 New Year’s resolutions are a distant memory, and most of us are just gearing up for the Christmas Season to justify a new set of resolutions for 2012.

My gym attendances have been irregular and most typically nonexistent. When they have occurred, I have hauled my butt out of bed, thrown on unflattering workout clothes and headed down to the gym to get all sweaty.

I certainly have not planned on impressing anyone with my appearance by doing so much as even running a brush through my hair.

For some, it may be an entirely different story, but for me, the workout itself is far from flattering. I am focusing all of my energy and attention on making it through a workout.  I am putting zero energy or attention into an impressive and poised performance.

In fact, I expect that my “performances” have been decidedly unimpressive.

It was just a week or so ago when I last found myself watching camcorder footage of one of my clients. Most of the footage was taken while my client was working out at a local gym.

My client’s girlfriend had come along for the office consultation. She was absolutely disgusted.

You might wonder how my client would not have noticed someone training a camcorder on him. I could tell from the footage that the camcorder was concealed within a gym bag, the lens shooting through a hole in the fabric. The videographer moved the bag from place to place as my client went to different workout stations.

I was able to ease my clients discomfort arising from the invasion of his privacy by explaining to him that the footage the insurance company had paid so much to obtain was some of the best evidence I could have hoped for to prove his case.

Most of the exercises he had been doing were actually prescribed by his medical team as “active rehabilitation”. The ways he moved in many instances were peculiar to his particular injury. Best yet, certain camera angles actually showed a visible lump of damaged tissue in his lower back.

Had the insurance company not come up with fair dollars to settle the case, I had planned on featuring the videographer as a key witness at the trial, and the video footage as a key piece of evidence.

It is not unusual, in fact it is typical, that video footage helps a case instead of hurts it.

I insist that my clients be 100% honest about their claims, and as a rule that insistence is unnecessary.  It is only if you are dishonest about the impact your injuries are having on your life that video surveillance can hurt your case.  Honesty completely diffuses any value that the insurance company could otherwise gain from video surveillance and can turn that evidence around to help your case.

Of course, nothing will fully make up for knowing that your messy hair, unflattering grunts and repositioning of underwear is permanently recorded on video.