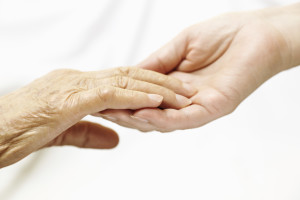 The decision was released electronically through the BC Supreme Court website at 11:30 a.m., and I was watching for it.

The website is easy to find – simply enter “Supreme Court of BC” into Google and it’s the first result.  Click next on “Judgments”, then “Recent Judgments”, and scroll to June 15, 2012 where the decision is listed as Carter v. Canada (Attorney General).

If you have any difficulty accessing the judgment, e-mail me and I’ll gladly send you a copy.  I am not going to summarize the decision in this column.  The 395 page ruling has had lots of media coverage.

I became interested in the issue of assisted suicide through Gloria Taylor, a West Kelowna resident who is one of the successful Plaintiffs in the lawsuit.

At Gloria’s suggestion, I attended a debate in April, 2012, hosted by the Centre for Inquiry Okanagan and very ably moderated by CBC Daybreak host Chris Walker.

I learned that there are good arguments for prohibiting assisted suicide.

The more I learned about Gloria Taylor’s fatal neurodegenerative disease, ALS, or Lou Gehrig’s disease, though, the more I was convinced that this particular woman, and those similarly afflicted, absolutely must be permitted to arrange a merciful end to life when life becomes unbearable and the person suffering has become too weak to bring about an end to the suffering herself.

I became angry that Gloria had to being a lawsuit against the Government of Canada, challenging the constitutionality of the Criminal Code absolute prohibition against assisted suicide.

It was offensive to me that the Federal Government would not proactively step up to carefully consider what could be done to change the Criminal Code so as to provide for an exception for citizens like Gloria Taylor.

In my view, it was another of many examples of politics getting in the way of what it right.  Tough issues like this are dangerous for our political leaders to take on.

We now have the Supreme Court of British Columbia declaring the absolute prohibition against assisted suicide in the Criminal Code illegal, because it runs contrary to our rights under the Charter of Rights and Freedoms.

The Federal Government is now faced with an important choice.  One option is to appeal the decision to the British Columbia Court of Appeal, and then when they lose again to appeal to the Supreme Court of Canada, ensuring that the legal point of the constitutionality of a dated Criminal Code provision is litigated to death.

Another option is to do what they should have done in the first place, which is to lead the country in carefully considering and crafting public policy in such a way that Gloria Taylor and those like her are permitted a way to end their suffering when they become too weak to do so themselves while protecting the most vulnerable among us from abuses that could flow from unrestricted assisted suicide.