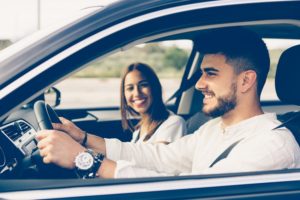 My previous three columns might suggest otherwise, but cell phones are not the boogieman.

One of my “fans” posted an online comment accusing me of being “…on a one man crusade to eradicate  use…cell phone”. I would have taken that as a compliment if not followed by: “His constant diatribe is really getting boring if not annoying…”.

But while the eradication of cell phone use while driving is a battle I’m waging, it is not the war.

I’ll pause a moment to openly recognize that I might be about as effective in this battle as the Black Knight in Monty Python and the Holy Grail!  Please do yourself the favour of searching “Monty Python Black Knight” and watch the short scene.

The true boogieman was around long before cell phones, and has been building and building into the fire breathing monster it has become.

In my lifetime, I’ve seen the near eradication of the standard transmission and the addition of such conveniences as cruise control and automatic dual zoned climate control. Automobiles have evolved to require less and less “work” to operate.  And, correspondingly, less and less direct cognitive attention.

Road safety resources have been put into making our roads safer. Put another way, our roads have become more and more idiot proof.

Take notice of the idiot proofing next time you’re out on the road.

You will notice example after example. The more we idiot proof the roadways, the less direct and constant attention we need to navigate them.

And then there’s all the safety mechanisms, both in automobiles as well as on roadways. Seatbelts, air bags and crumple zones, coupled with the likes of guard rails and centre road dividers, lull drivers into the perception that it is as if we are in an amusement park bumper car ride.

The lower the perceived consequences of a crash, the less white knuckled (attentive) we become. In a column a year and a half ago I suggested that seatbelts have been one of the biggest failures in road safety history. To illustrate my point, imagine how a law banning seatbelts might impact your level of attention behind the wheel.

All of that has contributed to the reality that fully 50% of the injury cases I handle are caused by rear-ender crashes where one vehicle comes to a complete stop and the following vehicle simply drives into the back of that stopped vehicle.

Inattention is the boogieman. And looking back, we created the “perfect storm” of factors to bring it about.

We could choose to put road safety resources into hunting the boogieman down and slaying it. Like we’ve worked hard to do with impaired driving.

The science is clear that looking out of the windshield, if your brain is elsewhere, will result in you “missing” up to 50% of what is there to be seen. That’s what causes all those entirely preventable rear-enders.

But we’re not. We’re doing the opposite. We are implementing more road “safety” policies that feed and nurture the boogieman.

The worst being our law banning hand held cell phone use.

It’s bad enough to target “eyes off the road” and “hands off the wheel” while leaving the boogieman alone.

But this law serves up a big, juicy steak to the boogieman by saying: “It’s safe to engage in the distracting behaviour of a cell phone discussion or voice to text as long as you don’t use your hands.”

Crash statistics, that were on a decline, have increased since that idiotic law. We would have been better without it. But even better would be sending the loud and clear message that the only activity you should be doing when behind the wheel is driving.