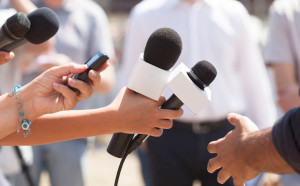 I’ve got my hands taped, gloves on, and I’m circling the ring.

Up until now I’ve been standing on a soapbox, my words going “out there” without any indication that my swings have been meeting anything of a target.

Thanks to my newspaper editor I finally have a target to swing at after seven years of preaching.  I suppose I may be taking a bit of a risk, putting a “beat down” on the very person who has been giving me a soapbox from which to preach every week in the Capital News for the last 7 ½ years.

For the first time in my memory, an “editors note” was added to my last column: “Editors Note: Reporters don’t determine whether there were injuries or their extent, they relay information provided by police at the scene or from police reports.”

My column challenged public perceptions that the most common of injuries that occur in motor vehicle crashes are not serious.  I have written a number of times about how dangerous I believe those perceptions to be.  I believe there to be a correlation between how serious we perceive car crash consequences to be and the level of care we take behind the wheel.

If we perceive there to be “no injuries” or “minor injuries” in the run of the mill rear-ender or T-bone collision, the types of collisions that make up the approximately 22-23 crashes that occur in Kelowna every day (yes, every day), then why bother put the effort into paying close attention to the road ahead of us?

I blamed the media for those public perceptions: “Listen to, watch or read about car crashes and unless there are broken bones, or hospital stays in intensive care, reporters seem to give the impression there were no injuries”.  There is an endless stream of such reports.

The most recent reporting of a crash, as of the time I am writing this, was Monday evening. The RCMP officer was quoted as saying “A head-on collision occurred and air bags were deployed.  There was extensive damage to both vehicles”.  The reporter concluded with “One driver was transported to Kelowna General Hospital for observation and treatment of minor injuries”.

What conclusion is to be drawn from that reporting?  Even in a high impact collision with extensive damage to the vehicles there are no consequences.  The one driver and any passengers had zero injuries.  Only one vehicle occupant had any injuries at all and they were “minor”.  What does “minor” conjure up for you?  For me, I think of something that might require a Band-Aid and a kiss.

The news media answer: “I’m simply reporting what the police told me”.  Oh right, yes.  Of course!  That’s perfectly sensible.  Find someone on the scene with no medical expertise and report on his or her medical diagnoses.

I did a quick internet search to find to what extent reporters are governed by a code of ethics.  I found a site for the “Society of Professional Journalists” which boasts “Improving and protecting journalism since 1909”.  The very first guidline is “Take responsibility for the accuracy of their work.  Verify information before releasing it.  Use original sources whenever possible”.

How about, instead, go to the folks at the scene with the most medical expertise:  the ambulance personnel.  Good luck with that.  They know better.  Through discussions with their upper-ups, I proposed, and received confirmation of the following: “Pursuant to the Media Relations Policy of BC Emergency Health Services, a BC Ambulance Service Representative should not refer to injuries sustained in a motor vehicle incident as “minor” and should not indicate at the scene of a motor vehicle collision that any of the occupants of any vehicles/pedestrian/cyclist had not suffered any injury at all.”

It is common knowledge to any medical doctor, specialist doctor, physiotherapist, chiropractor, massage therapist, really anyone in the medical field, that life long pain and functional limitation can occur as a result of injuries sustained in motor vehicle collisions even when, at the scene, there are no apparent (visible) injuries and even the victim has no awareness of any injury at all.

It typically takes hours, often overnight, before the tissues that have been strained and sprained become inflamed and painful.  Just like over-stretching an elastic band, it is common for those sprain/strain injuries never, ever to recover.

Ask those vehicle occupants today how they are feeling.  Ask them a year from now.  Ask them ten years from now.

The irresponsible reporting has to stop.  Do your research.  Talk to the medical community.  Stop feeding into dangerous public misperceptions of the seriousness of car crash injuries.

Time will tell whether I just threw a killer bunch that will change the tide of car crash reporting in the Province of British Columbia or, more likely, I just “pissed in the wind”.  I can already feel the splashes.