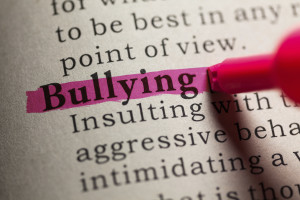 “Sticks and stones may break my bones but names will never hurt me” is a phrase that we all grew up with.

According to Wikipedia, it is a nursery rhyme “that persuades the child victim of name-calling to ignore the taunt, to refrain from physical retaliation, and to remain calm and good-natured”.

When I was growing up, I don’t recall turning those words in my mind to hold myself back from behaving badly in response to name-calling and other hurtful behaviour.  For me, it was more of a mantra to help shield myself against hurt feelings.  I don’t remember it being particularly helpful.

Hurtful behavior can be quite extreme and the resulting emotional hurt can be very painful.  Sometimes, emotional hurts can be so painful that a medically diagnosed emotional injury, requiring psychological or psychiatric care, will be suffered.

My column topic this week was inspired by what has become international news of a letter that was dropped off at the home of an autistic child in Durham, Ontario.  The contents of that letter were hurtful in the extreme.  The letter includes such horrendous language as “…they should take whatever non retarded body parts he possesses and donate it to science.”, and “Do the right thing and move or euthanize him!!!”.

Fortunately, the child himself seems not to have the capacity to have understood what had occurred, and news of the letter has resulted in overwhelming support for the child and his family; the show of support being a beautiful silver lining to a very dark cloud.

News of the letter has also resulted in a call for severe repercussions against the author, a mother in the neighbourhood.

The first headlines I saw had to do with whether or not the letter constitutes a “hate crime” that could be prosecuted by the police.  That particular charge will not be pursued because, while definitely hateful, the conduct does not fall within the definition of hate crime in the Criminal Code.  An explanation for why that is was given in an interview with University of Alberta law professor Steven Penney and can be found on-line.  According to Professor Penney, to be a hate crime a communication must be public (not a private letter) and promote hatred against a group of people  “distinguished by colour, race, religion, ethnic origin or sexual orientation”.  The severely handicapped are not included within that list.

I do not have criminal law expertise.  I am more familiar with the civil law, which uses lawsuits as an enforcement mechanism.  On my review of one internet “chat” exchange, I saw a call for the author of the letter to be sued.

The civil justice system is an ever evolving one.  Over time, as people have done bad things that have caused other people loss, the civil law has evolved to provide mechanisms for compensating the loss.  It is this evolving system that enables me to compel negligent drivers who cause injuries in car crashes to pay (through their insurance company) fair compensation for the injured person’s injuries and losses.

What about in this case?  Writing an extremely hurtful letter, dripping with hate, is most certainly a “bad thing” that would have caused loss in the form of hurt feelings.

In fact, the injury need not actually be “visible” in the literal sense of the word.  The court clarifies that the conduct must cause “a medically recognized form of mental illness.  Emotional stress or mental anguish and despair are not generally accepted…”.

In this case, I expect the grandmother recipient of the letter who cares for the child likely has very thick skin, and while she would undoubtedly have been emotionally hurt, I would be surprised if the letter results in depression or other psychological injury.  Absent that injury, there is no pursuable civil claim.

It would seem that there is no legal recourse against this incredibly hurtful conduct any more than there is recourse for the name calling type bullying experienced by children on the playground.  Unlike the playground, however, society has seemed to jump in with both feet to mitigate against the hurt caused to this family and to “punish” by way of public expression of abhorrence, the conduct itself.

I will conclude with my appeal to those of Durham, Ontario that however much the conduct may be deserving of punishment, my hope is that the Wikipedia description of the purpose of the “Sticks and Stones” rhyme is achieved, namely: “…to refrain from physical retaliation, and to remain calm and good-natured”, such that societally delivered punishment is limited to a public denunciation and not any manner or form of physical retaliation.