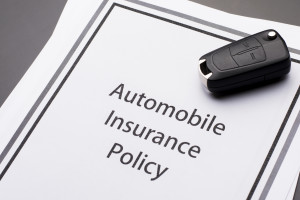 I spent last weekend in Regina, Saskatchewan. It was a surprise visit to my brother, John, who is poised for the traumatic transition from 39 to 40. My typical Regina trip is at Christmas, when I have to gasp for breath in the frigid air. My dear mother, at one point, confessed that she hopes I’m greeted by -40 C when I visit.

Perhaps I brought that upon myself by regularly reporting how mild our climate is in comparison. A mid-June visit is much more comfortable. The weather was lovely. The visit, overall, was also very comfortable, but with one glaring exception. You know that feeling you get when an accustomed level of protection is missing? I had that.

I’ve witnessed a friend break a wrist falling while roller-blading and I feel very uncomfortable when I put on my blades until I have my wrist guards on. I also feel uncomfortable if I am in a vehicle without a seatbelt, which happens from time to time in a limo or on a bus. The same thing goes if I’m on a bicycle without a helmet. These are all levels of protection that, thankfully, have become standard in our society.

I doubt I am alone in having a nagging discomfort if I find myself in a situation where any of those protections are not in place. In B.C., if I am injured in a car crash caused by the negligence of another driver, I have the security of knowing my reasonable losses arising from those injuries will be reimbursed to me.

Sure, I may have to fight tooth and nail to force those losses out of an insurance company, and I may have to go as far as commencing a lawsuit and attending a trial, but I have that reasonable entitlement under B.C. law. In my view, it is not an unreasonable expectation to have that level of security. In my view, it is an important element of our justice system that a person causing another person’s losses should be required to reimburse those losses.

There was a big push a few years ago by the auto insurance industry to change that in B.C. I am proud that our government of the day, and hence British Columbians in general, was not swayed by that very richly funded special interest group behind the push. With another consecutive year of hundreds of millions of dollars in profits earned by the Insurance Corporation of British Columbia, it’s not like “fair” compensation breaks the bank.

Did you know, our system has become the exception, instead of the norm, in Canada? Had I been injured in a crash during my visit to Saskatchewan, caused by another driver’s negligence, I would not have had the same rights. I would have had no recourse to the courts to force the negligent driver’s liability insurer to reimburse my reasonable losses.

Instead, I would have found myself in a WCB type no-fault system, fighting through bureaucracy to have some, but not all, of my basic expenses and income losses reimbursed, with no compensation at all for the pain and other ways my injuries may impact on my life.

I understand that Saskatchewan residents get to choose between the two types of systems when they register their vehicles. A visitor, like me, has no such choice. Even if a Saskatchewan resident chooses what, in my view, is the fair system, there is $10,000 taken off the top of whatever is eventually assessed as fair compensation. That’s one heck of a deductible.

Ontario’s “deductible” is $30,000. An alternative insurance ploy is a cap. Both, in my view, are arbitrary and unfair. Alberta has imposed an arbitrary cap of $4,000 on compensation for pain and suffering for injuries that could result in a lifetime of pain. That cap has been challenged as being contrary to the Charter of Rights. The challenge was successful at trial, but failed recently on appeal. I expect it will be appealed further to the Supreme Court of Canada. I have my fingers crossed for Alberta residents that the judgment voiding the cap will be restored.

If I wasn’t a personal injury lawyer, informed about the differences in the legal systems of B.C. and Saskatchewan, I would not have felt that helpless feeling of insecurity during the drive from the airport to my mother’s house. Or on the Sunday afternoon as I took my mother out shopping. Or during the early morning cab ride back to the airport. That was the glaring exception to the overall very comfortable visit I enjoyed with my family.

I hope never to feel that discomfort in my home province.