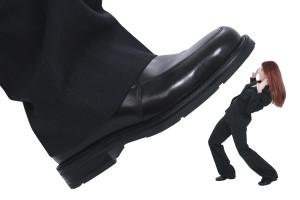 There seems to be a perception that those claiming compensation for injuries are being greedy if they don’t accept the insurance company’s first offer of settlement.

That perception might be accurate if insurance companies always made fair settlement offers.

In my experience, it is not until the insurance company knows it’s back is against the wall that reasonable offers are made.  Often, this does not happen until the eve of trial.

Why wouldn’t insurance companies make fair settlement offers at the outset, saving everyone a lot of time and expense?  They know that there are factors that will lead claimants to accept unfairly low offers, and they want to capitalize on those factors.

I have referred to some of these factors in previous columns. The most significant ones are financial desperation, lack of legal advice to know what a claim is worth, and fear of going to trial.

In this weeks column, I am attempting to reduce the impact of that last factor.

Trial is not to be feared, In fact, provided you have retained competent legal counsel, a trial can be a very positive experience.

Even though I am not a psychologist, I have seen a weight being lifted when an injured victim has the opportunity to be really heard, with the confidence that justice will be achieved.

A trial is not a performance requiring photographic recall of dates, times and events. It is not like an Olympic event where an athlete wins or loses on the basis of a slight error in execution.

When being sworn in, you will be doing so with the confidence that you will be really listened to.

You will be given as much time as you need to tell your story.  You will describe how things were before the crash and how everything has changed.  Just like you would not require a script to describe the loss of a parent or grand-parent, your description of how the crash has impacted on you will naturally flow.

Yes, you may be facing a sceptical judge or jury.  Your injuries may not be obvious as you sit there, four years after the crash.  The scepticism will dissolve however, with your honest evidence and that of your family members, friends, co-workers, supervisor, therapists, family doctor, and specialists.

Some people worry about inconveniencing so many people by asking them to testify in a trial.  I have been struck by how willing, if not anxious, ordinary people are to play their part in the pursuit of justice.

Most personal injury claims settle.  The time and effort that goes into preparing for a trial, however, is never wasted. The insurance company needs to see your resolve.

The increase in the insurance company’s settlement position once their backs are against that wall is often dramatic. With one of my files, an $80,000.00 offer several months before trial increased to $150,000.00 the month before, and then $300,000.00 the week before the trial was scheduled to commence.

As large as that number may seem, it was still not fair compensation, and the trial proceeded with a more favourable outcome.

Your lawyer will advise you as to what level of compensation is fair in your particular case. Listen to your lawyer and hold out for a fair settlement.  That offer may never come, however.  Don’t fear going through a trial to ensure that justice is achieved.