Many crash victims are left with some level of chronic symptoms after running the gamut of therapies. Chronic symptoms can include discomfort and pain, sleep disorders and psychological impacts. Many get relief from the chemical compounds in cannabis. 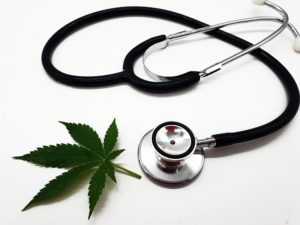 In one case, Carrilo v Deschutter, 2018 BCSC 2134, a medical specialist had prescribed a medical cannabis program consisting of a topical cream, tincture oil and oral capsule estimated to cost a total of approximately $4,500.00.

At some point, ICBC might start reimbursing the expense of cannabis just like they do for prescription medications. But until they do, injured victims will either go without important pain relief or be significantly out of pocket.

Crash victims who were not at fault in a crash can include the expense for medical cannabis in their claim for fair compensation against the at fault driver, which is usually a claim against their insurance company ICBC.

But a review of court decisions shows that it is not enough to say that it helps and show your receipts.

In the decision of Culver v. Skrypnyk, 2019 BCSC 807, released May 22, 2019, the judge noted that a doctor had suggested the use of CBD oil to treat pain and sleeplessness, and Mr. Culver was finding it beneficial, preferring it to other medications.

The judge declined to require compensation for that future expense noting that the doctor who suggested it said there was a lack of evidence of the future benefits of the oil to Mr. Culver.

The judge concluded: “Although I have Mr. Culver’s evidence that he prefers the use of CBD oil to other analgesics I do not have the benefit of a medical opinion on the benefits of that use. This is a medical issue which is likely to receive much attention in the coming years and medical evidence may in future establish a sufficient evidentiary base capable of supporting an award of the type now sought by Mr. Culver.”

Cannabis had been recommended to Ms. Erickson by one doctor, Dr. Montaner, who had not testified at the trial. Her neurologist who did testify said that she personally was not convinced it was helpful.

The judge noted that cannabis no longer requires a prescription in Canada, and made the common sense finding that “The use of cannabis for pain treatment is now more akin to self medication with over the counter pain killers.”

But he did not award the amount of compensation sought by Ms. Erickson, which was $200.00 per month for 20 years. He found that she had not clearly established the amount she required, nor how long she would require the treatment. The $20,000.00 he awarded, though would go a long way to covering that expense.