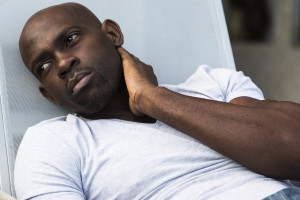 We are nearing the end of my five column series about ICBC claim negotiation tactics: tactics used by insurance companies to manipulate unsuspecting victims in the negotiation of personal injury claims.

The same, or similar tactics are used in other types of negotiations as well.  By raising your awareness of them, you can protect yourself and others from that manipulation.

So far I have done “the reveal” on the following tactics:  short fuse time deadline, low ball offers (high ball, in the Mexican market example), and keeping you in the dark about the uncertainty of prognosis.

“Keeping you in the dark” is the most insidious of negotiation tactics.  It can be used any time there is a difference, between the parties to the negotiation, in knowledge about the subject matter of the negotiation.  This week, I am going to give you a few more examples about how sophisticated insurance adjusters use a lack of knowledge on the part of injured victims to manipulate the negotiation.

“You should be better by now”

The most hurtful and, perhaps, effective: “You should be better by now.”  This one takes advantage of a lack of knowledge about how soft tissue injuries work.  Every medical specialist will have to admit (even an ICBC “hired gun” in a cross-examination) that some people never, ever fully recover from soft tissue injuries.  Yes, most do.  Those lucky ones settle their claims, some feeling like they won the lottery because they got a few thousand dollars for a few months of pain.  The unlucky ones settle their claims for a few thousand dollars for a lifetime of pain because they are manipulated into thinking that they are somehow the problem.

Insurance adjusters often package an injury victim’s lack of knowledge about medicine with their lack of knowledge about the law.  The adjuster points to pre-crash degenerative changes in your spine (a natural aging process), an old injury requiring periodic chiropractic “maintenance” care or other factors in your medical history.  They insinuate that if it wasn’t for those factors you wouldn’t still have pain, so therefore you are not entitled to compensation for that ongoing pain.

The law is very, very clear.  Your vulnerability to a more serious or longer lasting injury is not an excuse that can be used to escape the responsibility to pay fair compensation.  The law fairly allows compensation for all injuries and symptoms that would not have arisen had the crash not occurred, even if the seriousness / longevity of those injuries and symptoms would have been far less if it were not for pre-crash vulnerabilities.

Other legalities you are likely to be kept in the dark about?  What about reimbursement for mileage expense at $0.50 per kilometre?  ICBC employees are entitled to employment related mileage reimbursement, but are unlikely to mention to an injured victim that you are entitled to compensation for all, not just some, of your losses, including this one.

A much more significant loss that is “overlooked” in negotiations with unsuspecting victims is a loss of capacity to earn income in the future even if there has been very little or no loss of income since the crash.  Future job duties might cause more aggravation of your crash symptoms than your current ones; a future employer might not be accommodating of your limitations or might disregard your employment application out of hand because you are “damaged goods”; your ability to tolerate ongoing symptoms in a full time job might diminish as you age.

This often overlooked loss can be tens or hundreds of thousands of dollars over the balance of a career.

Avoid being manipulated in an ICBC claim negotiation

Being manipulated by your lack of knowledge is easy to avoid.  You can avoid manipulation by a silver tongued used car salesperson by having the car independently assessed by a mechanic.  If buying a house, you can (and please do) hire a reputable property inspector to assess the quality of the house as well as an appraiser for an independent assessment of what it’s worth.