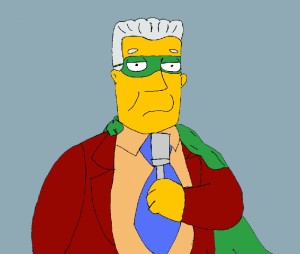 Have you heard of Kent Molgat?  He is the jerk CTV journalist whose “manufactured  bit of misreporting” in an “attempt to rake up controversy” (I am quoting from a piece in the Kelowna Daily Courier) allege the systemic discrimination of an incredible, local, charitable group: 100 Men Who Give a Damn.

Systemic discrimination???  “100 Women Who Care” came first, initiated in Jackson, Michigan, in 2008.  The first one-hour meeting of that group raised $10,000 to buy 300 new baby cribs for an organization in their city.  Sister chapters have popped up all over the US, Canada, and into Mexico.

The men’s version started in Halifax in 2014 (go Canada!) after the founder of the women’s version in that city challenged her husband: “Bet you couldn’t find five men who care”.

Notch and a half!  With, reportedly, 349 members as of this past week, including the “who’s who” of influential men in Kelowna, the next meeting on February 2nd will do at least $34,900.00 worth of good for another worthy charity in our community.

What a tremendous outcome of a little competition between the sexes!

Co-founder Brett Millard feels that this media attention “will only help 100 Men in the long term because it shines a light on the positive work it does.”  Absolutely.  And just wait to see where this battle of the sexes will take us.  I bet the next women’s meeting will have even more members and raise even more money for a good cause.

Or, maybe not.  Maybe the men’s group has a smidge of an advantage.  Why? (Don’t shoot me, ladies) They’re men.

There’s a touch of a recruiting advantage.  Premier Christy Clark a notable exception, the majority of influential people in our community happen to be men, the mayor and Member of Parliament (both members of the group) being just two examples.

Another advantage? Whoever happens to be a member is likely to have more money to throw around.  An October 9, 2015, Globe and Mail article notes: “Canadian women still take home on average 73 cents for every dollar men earn, even as educational attainment has surpassed their male counterparts”.

Encouraging strides have been made towards gender equality, but it’s undisputable that women continue to face an uphill battle. You’re well prepared for the challenge, though; you’ve been fighting uphill every step of the way, from fighting for the right to vote, breaking into the corporate world, and yes, political representation as well.

That continual uphill slope is something called systemic discrimination.  And yes, of course, this incredible men’s group is perpetuating it.

I feel certain that every one of the men who are throwing $100.00 on the barrel for charity every three months is doing so out of the altruistic motivation of doing good for our community.  I am willing to bet, and bet big, that not one of them is intending to perpetuate the systemic discrimination of women.

That’s why it’s called “systemic”.  Preferential treatment of men has long been woven into the fabric of our society.  Unfortunately, this leads to often inadvertent preference and entitlement that can be addressed only if it is recognized for what it is.  We learned decades ago that we need to take active steps to counter it, i.e. affirmative action.  Those steps are moving us, though very slowly, in the right direction.  This men’s group, as well-meaning as it is, takes us a step backwards.

Do we throw the baby out with the bath water?  Hell no!  How about a gender inclusive group: “100 beautiful human beings who give back”.  Yes, you can come up with a much better name!

Thank you, Kent Molgat, for taking it on the chin, and hard, for gender equality in our community.  With this column, I’m sure to join you in the “dog house” of public opinion.  I’ll accept that.