Do speed traps piss you off? 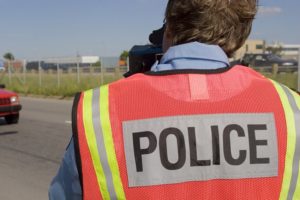 It’s like shooting fish in a barrel, set up along the safest stretches of road with ridiculously low speed limits.

And along boring stretches of highway where a heavy foot causes your speed to creep up.

Earn your tickets! Go after aggressive drivers. They choose their dangerous driving behaviours, intentionally put our lives at risk.

We salute you when you pull over those hotheads. We smile, recognizing the hothead vehicle that had burned past us moments before, stopped at the side of the road by a ghost car.

Leave the rest of us alone. We didn’t intend to speed. We simply lost track.

Speed traps are especially unfair along those many Okanagan corridors where the speed limits are as fickle as bitcoin values.

How can we be expected to keep track? It’s easy to miss all those speed changes.

We regularly wonder, with so many fluctuations, what the current speed is. And have to keep our eyes peeled for the next speed limit sign to get back on track.

The only guarantee against a speeding ticket is paying constant, direct attention to the roadway. You don’t expect THAT of us, do you?

Ironically, that might be a cause of our road safety nightmare.

It’s too easy. So easy that we bitch and complain when our minds wander to the point of having trouble keeping track of the speed limit!

To miss a speed limit reduction, you’ve got to have your head so far up your ass that you miss both the “reduced speed ahead” warning as well as the new speed limit sign.

Can you guess the most common type of crash I handle in my legal practice?

Not impaired drivers either.

It’s where traffic has come to a stop. It might be congestion, a traffic light, or simply a right turn situation where a vehicle is waiting to merge.

And moments later, an absent minded driver crashes into the back of the stopped traffic.

Are you so tuned out that you have trouble keeping track of speed changes? You are a much bigger problem than the jackass burning past you on the highway.

Aggressive drivers are a problem, and must be stopped, but they are much safer than absent minded motorists. At least they’re paying attention.

We’ve dumbed down driving to the point that we can get away with absent-minded “autopilot” most of the time. And the more we get away with it, the more complacent we become.

We are lulled into believing we’re driving safely because we make it from point A to point B. Again and again and again.

To the point that we crash into the backs of stopped vehicles.

The old days were different.

Back in the day, there was a stick coming out of the floor that you had to move around to keep your vehicle in an optimum gear. It was a natural mechanism that constantly pulled your brain back to the task at hand.

I bet we’d have an immediate reduction of crashes simply by mandating standard transmissions.

Returning to the rotary dial telephone would help too! A wandering brain is bad. A brain focused on a telephone discussion or texting exchange is even worse.

We’re not bad people. It’s easy to get bored. Our powerful minds wander easily. We need a mechanism to keep our attention where it belongs: constantly and vigilantly on the road ahead.

I have a mechanism that I’ve written about before.  I call it “doing the 10 and 2”. Very simply, keeping your hands at particular positions on the steering wheel requires conscious thought. When I notice my hands wandering to more comfortable positions like an arm rest or my lap, I am clued in to put my brain back where it belongs.

Prefer the “9 and 3” or “8 and 4”? Do your research and choose whatever you like. Make a conscious effort to stick to whatever you choose and it might work for you as well.

Let me know how it works for you.

And how about smiling, instead of grumbling, as you drive ticketless by the next “speed trap” you encounter. The only drivers they are trapping are the most dangerous drivers on the road, absent-minded ones who need to be snapped to attention.

Better yet, how about petitioning our government to bring back photo radar. What a waste of police resources to “speed trap” absent minded motorists when that can be done automatically.