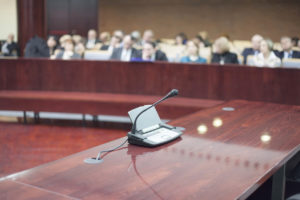 An ATV and dirt bike collide at a blind corner on a winding dirt road.

The stakes are high in the assessment of “who’s at fault?”

And the cards are stacked against Mr. Bye.

It’s his word against the testimony of the ATV rider, Mr. Newman. But Mr. Newman has the support of a buddy and two co-workers who testified about the positioning of the ATV, dirt bike and Mr. Bye in the immediate aftermath of the crash.

That positioning is critical to figuring out who was on what side of the road at the time they came around that blind corner.

This acquaintance went to the scene six days after the collision and took photographs.

Had those photographs not been taken, there would have been no evidence to support Mr. Bye’s version of events.

The photographs showed two critical pieces of evidence: the blood stain marking Mr. Bye’s resting place and the location of a skid mark.

After very carefully reviewing the evidence, Madam Justice Choi found in favour of Mr. Bye. She found that Mr. Newman, who had been rounding the blind corner to his left, had cut the corner, coming over onto Mr. Bye’s side of the road.

She found that Mr. Bye attempted to avoid the collision by turning to his right, but he turned too sharply and his attempt failed.

Reliable witnesses are difficult to come by through no fault of their own.

The judge did not call the buddy and co-workers of Mr. Newman liars.

When referring to the buddy’s evidence, she said:

“While I believe Mr. Whyte did his best to be a credible witness, I cannot accept that he is a reliable one….”. She noted that he had spoken to Mr. Newman a number of times about the incident and concluded: “I find it likely that Mr. Whyte’s attention, when he arrived at the accident scene, was focused on helping Mr. Bye and contacting emergency services. Since then, he has inadvertently filled in the gaps in his memory through supposition and conversations with Mr. Newman. I am, therefore, hesitant to place much, if any, weight on his testimony, except where it accords with other reliable evidence.”

She had similar comments about the evidence of the two co-workers.

This case highlights the lack of reliability of eye witnesses.

Our brains naturally, and not on purpose, “fill in the gaps”. As we become aware of inconsistencies in our own memories, we puzzle and re-think and our memories adjust to reconcile those inconsistencies. Over time, it becomes very difficult to differentiate between our true memories, and the “gap fillers” and adjustments.

This is why it is so critical to “preserve evidence” with such things as photographs and journaling.

But what about Mr. Bye’s failed attempt to avoid the collision? Had he reacted differently, perhaps his very serious injuries could have been avoided.

It was argued by Mr. Newman’s lawyer that if Mr. Newman was found to have been negligent, Mr. Bye had contributed to the collision and liability should be apportioned between them.

Madam Justice Choi reviewed the law on this point. She noted that

“The law does not expect perfection from a person put in danger by another’s negligence. Where a person must respond immediately to a dangerous situation, the court will not require them to take the safest possible course in order to avoid liability.”

She concluded as follows:

“ I find that, to the extent that Mr. Bye’s decision to turn contributed to his injuries, he acted in the ‘agony of the moment’; Mr. Bye had little time to address the risk Mr. Newman’s negligence had created, and it is not reasonable to use the considered perfection of hindsight as a measure of his response.”

The result was that Mr. Newman was found 100 percent at fault for the collision. If you are interested, click on this link to read the judgment: Bye v. Newman, 2017 BCSC 1718.