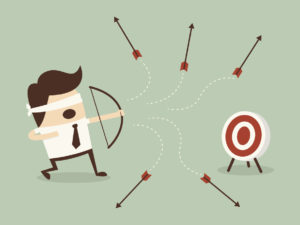 Unfamiliar with that expression? According to the ever reliable online urban dictionary: “…in time, the expression “to pull a boner”, meant…a bad blunder; a mistake that was costly. And a man who pulled such boners was often described as a ‘bonehead’”.

Blind luck has saved me and others from serious consequences.

There’s the time my father-in-law suggested I check the alignment on the family mini-van. Turned out the serious wheel wobble had nothing to do with alignment and everything to do with my failure to torque the lug nuts when I changed over the winter/summer wheels.

And then there’s the modification I had done to the smallest of riding lawn mowers, called a “Kermit”. I had a hitch welded on for pulling a hot dog float (Hergott Dogs) in the Westside Daze parade. I had failed to consider that the trailer weight might cause Kermit to flip over backwards.

An alert spectator noticed the front of Kermit lifting up. He saved the driver (my father) from serious injury by leaping forward to hold it down.

This bonehead has struck again.

I’ve begun enjoying the incredible Okanagan quadding resources. I didn’t grow up with toys like quads. Goodness it’s a hoot! If you’ve not explored the incredible trail system created and maintained by the Okanagan Trail Riders Association, I strongly encourage you to.

I haul the quad around in a utility trailer, securing it with a heavy duty ratchet tiedown. The tiedown extends from the front of the trailer, over the top of the quad, and secures under the back of the trailer. I then ratchet it tight.

A bump on the way home compressed the quad shocks, loosening the tiedown tension and causing the end to disclodge.

I was mortified seeing my quad on the road in my rear-view mirror.

It didn’t go far (it was in gear and the brake was on) but it was blind luck that another vehicle wasn’t directly behind me.

I learn from my mistakes.

I bought a torque wrench, learned that baby riding lawn mowers shouldn’t be modified to pull trailers and now I’ve learned how not to secure a quad to a trailer.

But I shouldn’t need “close calls” to snap into risk and safety awareness! Each of those close calls could have had very serious consequences.

I’m a reasonably intelligent fellow. I should have been able to avoid these close calls with just a bit of thinking about risk and safety.

Why didn’t I? I suppose I have an “I can handle this” mentality.

Is it arrogance that leads to that mentality? It is a normal human thing to want to hide the fact that we don’t know everything? To admit that what we are doing might come with risk and should be carefully considered?

Does it feel like we’re showing weakness if we slow down with what we’re doing and carefully consider what the risks are and how they might be avoided?

Hopefully by sharing these bonehead experiences others might learn from them and be more proactive with avoiding risk. Awareness of risks is half the battle. Or perhaps 95%.

Is there a connection between my attitude that led to these bonehead experiences, and attitudes that cause car crashes?

Do too many have the “I can handle this” mentality? Do too many feel that actively taking steps to avoid risk is a display of weakness?

“I can handle taking a business call while driving.”; “I can handle a quick text.”; “I can drive safely without putting conscious effort towards keeping my attention on the road.”

I know that I can’t. You can’t either. You’ll get away most times, with close calls here and there. But that time will come where there’s serious consequences and you’ll learn. Your learning will be too late for you and your victims.