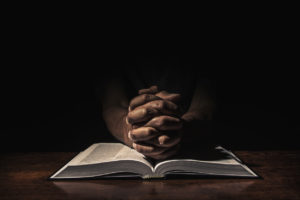 Watch the Academy Award winning movie, Spotlight, for the gripping portrayal of investigative journalists working passionately and tenaciously to shine their spotlight on the widespread and systematic abuse of children by Roman Catholic church sex offenders in the Boston area.

The investigation started small, with one abusive priest. It soon became apparent that the abuse was widespread and systemic, the journalists eventually uncovering close to 90 abusive priests in the Boston area alone. How could that scale of abuse have been kept under wraps? The movie exposes how the

Roman Catholic Church used their considerable influence to discourage disclosure, moved abusive priests from diocese to diocese as their abuse became uncovered, and insisted that the many claims brought against them by victims be settled with confidentiality terms so that they would never see the light of day.

One particular lawyer, Eric MacLeish, had acted for a large number of abuse victims. Frustrated by Mr. MacLeish’s continual refusal to provide details about those settlements, one journalist threatened that the story might focus on his apparent “cottage industry” of profiting from confidential settlements with the church.

The confidentiality terms of those settlements, of course, were a key part of the cover up.

The lawyer was portrayed as a villain for his complicity in the cover up. In answer to the defence that he was simply doing his job, one journalist drew an analogy to those complicit in the Holocaust who had been “just doing their jobs.”

The analogy felt very uncomfortable to me. I, too, have entered into settlements on behalf of clients that contained confidentiality clauses. Those settlements have included sexual abuse claims. Have I been complicit in the cover up and perpetuation of abuse?

Mr. MacLeish comes to his own defence in a Facebook post where he sets the record straight. The reality is that without legal advocates like Mr. MacLeish and others, the power of the justice system behind them, the widespread and systemic abuse within the church might still be covered up.

Priests preyed on underprivileged, vulnerable youth. Abuse by Catholic church sex offenders often contributed to the development of alcohol and drug addiction. Put the allegations of an addict, of events occurring years previously, up against a highly respected priest and who is going to believed?

Add to that the legal framework at the time in Boston, that claims made more than three years after the abuse occurred were barred, and it’s a wonder any lawyers took on these very difficult cases.

But they did, and that important work brought justice to the abused victims they acted for. Settlements were achieved only on the condition, imposed by the church, of confidentiality. The victims instructed their lawyers to agree to that condition because without it there would be no settlement.

Confidentiality in the settlement of legal disputes is a problem.

In the case of the systemic abuse within the church, that confidentiality delayed public exposure that has led to more abuse victims being compensated and, most importantly, has led to steps being taken to prevent the abuse from continuing.

Every confidential settlement covers up whatever “wrong” it was that led to the claim. That “wrong” might be a public danger that, covered up, will continue to cause damage. It might be an employment breach that, if not exposed to the public, might lead other employees to be similarly mistreated.

Whatever the situation, keeping the settlement of legal claims confidential is a strike against accountability and prevention.

How might we fix this problem? Some jurisdictions have laws that prohibit confidentiality terms in certain types of settlements.

Should British Columbia move in that direction? I definitely think that our political leaders should explore it. On the one hand, confidentiality terms result in higher settlements (or any settlement at all) for many injured victims. On the other hand, those terms have covered up wrongs that would best be avoided in the future if a spotlight were shone on them.

Interested in a copy of Mr. MacLeish’s Facebook post, or of a legal paper discussing confidentiality agreements in general, e-mail me and I will be happy to send them to you.