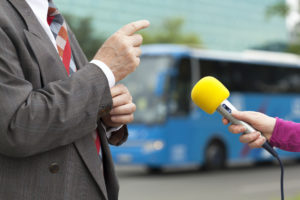 After a year of public consultation, our political leaders increased the penalties for the use of hand-held electronic devices while driving, effective June 1, 2016.

My prediction, in a column published just prior to the change, was that it would prove to be an “impotent” political move, one that does not result in a marked decline in crashes.

I taunted the provincial government to collect and publish the data, which should be immediately available.

We get our car crash statistics from ICBC, but those statistics are based on what is “reported” to ICBC, who doesn’t need to go around collecting data from the police, ambulance or other agencies.

ICBC should already be telling us whether or not there was a statistical improvement in reported crashes during June, 2016, the first month of the change. They won’t, though.

Their February, 2016, statistical reporting has data current only through 2013.

How can you drive road safety policy without current car crash statistics?

Road safety is often a topic of this column. I have long advocated that inattentive driving is the problem that needs to be addressed.

Inattentive driving is something different from “distracted driving.”

Focusing our attention on particular distracting behaviours, like hand-held electronic devices, diverts our attention from the real problem.

That diversion, in my view, actually makes our roads less instead of more safe.

This whole cell phone fiasco is a key example.

Our government chose to prohibit drivers from having ‘hand-held’ cell phone discussions.

By doing so, they impliedly endorsing drivers having those same discussions hands-free.

I pull my hair out with frustration, wondering how could the positioning of your hands possibly have an impact on the distraction of a cell phone discussion?

Work needs to be put into changing our societal attitudes about driving.

We did it with seat belt use and have come a long way with impaired driving. Even a small increase in our collective level of attentiveness would make a difference.

What is the clearest indication of this? The prevalence of rear-ender crashes. ICBC doesn’t publish car crash statistics on this important reality, which in my view should be informing and directing road safety policy.

We have to go to the United States-based National Transportation Safety Board (NTSB) for those statistics.

A report adopted by the NTSB on May 19, 2015, includes this statistic: “In 2012, there were 1.7 million rear-end crashes, representing almost half of all two-vehicle crashes.”

Almost half. It made me look at the last 30 ICBC claim files I’ve opened. Sure enough, 16 of them were rear-enders.

Every rear-ender crash would be avoided if drivers simply paid attention to the road ahead.

This attentiveness will not be achieved if we are lulled into believing that safe driving means avoiding specific prohibited driving behaviours.

It is a gross and dangerous fallacy to say: “I’m not impaired, using a hand-held electronic device, speeding, or engaging in sexual activity, therefore I’m driving safely.”

The rear-ender crash has been a statistically significant type of crash since long before cell phones, by the way.

Hell, yes they do.

One measure of the level of injuries and other losses arising from rear-ender crashes is the amount paid by ICBC as fair, financial compensation for those injuries and losses.

Will ICBC give us that car crash statistic?

For a previous column, I sorted through four years of my own rear-ender settlements. Inclusive of “costs,” which is what ICBC has to pay in addition to the settlement to compensate for having to bring a lawsuit against them to achieve what’s fair, the average was over $135,000 per claim.

Claim value statistics are a small part of societal losses arising from crashes. You need to add the losses to the “at fault” driver, along with emergency services, health care and aspects such as loss of work productivity.

Let’s not be distracted by any particular type of crash, though.

The rear-ender is simply an illustration of my point, that inattentiveness is the true evil to be dealt with.

Be careful when interpreting statistics: Statistics require some analytical ability