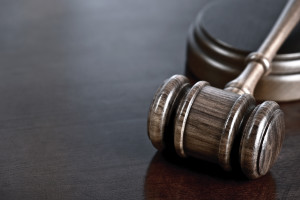 Do you always need a lawyer in your corner to achieve justice? Lawyers are expensive. I make no apology for it. Becoming a lawyer is a long haul and the practice of law can take a lot out of a person. Because of the expense, I have regularly recommended to people that they handle certain matters without my assistance.

A classic example of such a matter is the collection of a debt. I have had a chuckle recently when I reviewed some correspondence between the historical Canadian executioner, Arthur Ellis and the longest serving sheriff in British Columbian history, Frank Cotton. Cotton was the sheriff in New Westminster.

The correspondence dates back to September, 1934. Frank’s nephew, Michael Cotton, an Okanagan resident, shared the original documentation with me. Ellis, the executioner, was booked to conduct a multiple execution in New Westminster on Oct. 26, 1934. Cotton obtained authorization from the Attorney General’s office to book Ellis, who had provided 25 years of service to British Columbia, noting that “I do not want to have a novice here on Oct. 26.”

In order to accept the engagement, the executioner had to decline a doubleheader that had been offered to him in Bathurst, New Brunswick on Oct.30. The condemned British Columbia men were spared the gallows, pending an appeal and the execution was cancelled.

The executioner demanded his standard fee of $300. There was a delay in payment. I have been asked many times to send out demand letters for folks who are owed money. As easy as it would be to comply, send out a demand and issue a $500 bill, I’ve taken on the job only when the client has insisted.

An order of the Small Claims Court is just as enforceable as an order of the Supreme Court, with the same enforcement options of garnishing bank accounts, seizing vehicles and having delinquent debtors thrown in jail for failing to comply with payment orders.

The executioner went the demand letter route, though he didn’t bother with a lawyer. In one letter to Sheriff Cotton, when referring to the government agent who was tasked with coming up with the cheque, Ellis wrote: “Your kind letter to hand today and there is no cheque yet. Well, you see to it. And give my respect to Mr. Campbell, the Agent in New Westminster, as when I do come to you in the future, I will take him apart and see what make him work.” (sic) He concluded his letter with the following: “P.S. Do not forget to tell Campbell what a pleasant meeting him (sic) and I are going to have”.

For those of us with far weaker powers of persuasion than an executioner, I recommend checking out Small Claims Court.