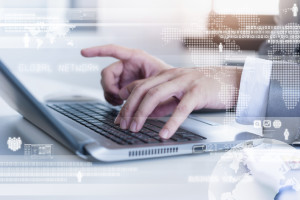 I am lucky to have been born with the kind of analytical brain that works well with maths and sciences.

Looking back, I feel that very little of the course work I did in maths and sciences has benefitted me in my day to day life.  One glaring exception is a Statistics class I took during my undergraduate degree.

I have been unlucky as well.  I was also born with a bit of an addictive personality.  For example, I am the kind of guy who will suck back that extra 1,200 calories in Christmas baking, after supper, at a time when I’m trying to take off a few pounds.

One addiction I have been able to avoid is gambling.  The prospect of that “next win” loses its allure once you’ve learned how to calculate, in precise percentage terms, the consistent house advantage.  And no, my good buddy who shall remain nameless, there is no way to beat that advantage with clever betting strategies!

I wish I could somehow use my analytical brain to counter binge eating!

There are many other areas of my life where I have benefited from the things I learned in that Statistics class.  We all face statistics and probabilities on a regular basis, particularly when someone is trying to convince us of something.  An ability and confidence of being able to see through the sometimes empty arguments is an ability I wish we all had.

An example is an advertisement for some medical remedy I read recently in a magazine.  The advertisement boasted that the remedy was beneficial for 95% of a majority of those who used it.   As impressive as that sounds, a quick calculation reveals that it might not be impressive at all.  If the “majority” is a slim one of 51%, for example, 95% of that 51% majority is only 48.45%.

One of many areas where statistics can be misleading is the area of traffic safety.  Kelowna made the news this past year for being the “drunk driving capital of Canada”, based on statistics released by Statistics Canada.  When you think about what the statistics really mean, though, the “lump of coal award” may not be warranted.

Statistics Canada reports on the number of impaired driving offences per 100,000 people.  Kelowna “won” with 583.

That statistic was interpreted to mean that Kelowna has the highest per capita number of impaired drivers.  An alternative and, in my view, more reasonable interpretation is that police enforcement of impaired driving offenders in Kelowna is the most effective in all of Canada.  The statistic says only how many impaired drivers were caught, not how many are out there.

Of course, however effective our local RCMP may be, the number of impaired drivers that get caught in their net is the tip of a very huge iceberg.  An example of that impaired driver the RCMP stumbled upon in the middle of the day on November 29, 2013, as RCMP Media Relations Officer Cst. Kris Clark was leaving a media event kicking off, ironically, this season’s CounterAttack campaign.

A traffic stop made by Cst. Clark, against one driver led to another driver being investigated for impaired driving.  The latter driver, who had been driving while prohibited as a result of a previous impaired driving conviction, was found with a 1/2 full bottle of wine in her purse and refused to comply with a breathalyzer demand.

We cannot sit back and rely on the RCMP to fix our impaired driving problem.  While their net may be very effective compared to the nets of other police forces, they cannot be all places at all times and an extremely small percentage of impaired drivers is caught within their net.  My hat is off to those who are volunteering their time to make a real difference, notably the volunteers of MADD with their red ribbon campaign and the likes of Paul Nesbitt of Designated Dads who are volunteering their time to get our kids home safely.

Let’s each of us do our part to prevent impaired driving this holiday season.   It’s not enough to ensure that we, ourselves, don’t drive impaired.  Take a stand against others doing so.  Stick your neck out with your family and friends and others around you.  If you are unable to convince someone to not drive drunk, call 911 so that our fine RCMP members can intercept that person and prevent another member of our community being injured or killed by an impaired driver.