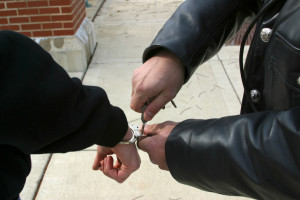 In my last column, I explained the important role of “injury lawyers” in creating a safer society.  Injury lawyers work to hold members of our society accountable for unsafe premises, products and conduct by using the law to extract fair financial compensation for resulting injuries.  The greater the accountability for public safety, the safer we will be. In short, “money talks”.

I suggested that “accountability in advance” in the payment of liability insurance premiums, might not be accountability at all.  I went on to suggest that perhaps there should be a significant financial penalty that goes along with causing a crash, far beyond a $100-200.00 traffic ticket.

Look at the incredible success of British Columbia’s “Immediate Roadside Prohibitions” (IRPs) in curbing impaired driving.  Swift, firm consequences that have made a real difference in the impaired driving epidemic.  There’s still a lot to be done to change societal attitudes about impaired driving with ongoing alcohol related carnage on our roads, but IRPs were a wonderful step forward.

Why not have swift, firm consequences to combat inattentive drivers?  How much more attention would be paid by drivers if we all knew that we could face consequences similar to driving impaired?

I am not talking about holding the driving public to an unreasonably high standard.  I am talking about imposing consequences for failing to meet the most minimal level of driver attention.  We could target what, in my experience, is both the single most serious (in causing injuries) as well as the single most preventable crash: the rear-ender.

For the purpose of writing this column, I reviewed the crash dynamics of my ten newest clients.  Five of them were that exact rear-ender scenario.  I wouldn’t be surprised if that type of crash represented fully 50% of my entire personal injury practice.

Would it not be fair to impose an immediate, serious consequence to a motorist who is paying so little attention to the road ahead that he or she fails to notice that traffic has stopped and smashes into the back of a stopped vehicle?

As it is, collision insurance will pay for the damage to the inattentive driver’s vehicle and ICBC will look after paying to compensate the injuries and other losses arising from the crash through liability insurance.  The only consequences to the negligent driver might be a small ticket issued by the RCMP for “driving without due care” and a modest increase in insurance premiums.

What about mirroring the IRP with an immediate removal of driving privileges for 90 days, impounding the offending vehicle and requiring the offender to participate in a “Responsible Driver Program”?  The injuries arising from such crashes can result in a lifetime of pain and functional limitations.  Do these consequences sound too harsh in that context?

There’s rarely any question about what occurred in these crashes, just like there’s very little argument to be had against the results of a roadside screening device to measure alcohol in your breath.  The exact same “due process” protections and procedures could be utilized to deal with those “exceptions to every rule”.

Let’s do it British Columbia!  Forward this column, or an electronic link to it, to your local MLA.  Let’s take that first step forward to help improve driver attitudes and start curbing the carnage related to inattentive drivers.