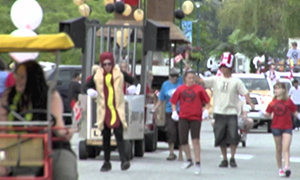 I am going back to basics with this posting.

A lady who had read about one of my trial experiences commented to me that she didn’t know that I was the kind of lawyer who went to trial.

The lady is a Westside businesswoman who I had been getting to know through a local business group.  She knows that I handle car crash cases.

I must have had a really dumb look on my face, puzzling in disbelief at how she could not have known that trials are a very important piece of what I do.

She’s a smart lady.  I was the dumb one for assuming that everyone has a basic understanding of how personal injury claims work.

The law says that a person causing a crash is responsible to compensate an innocent victim for harms and losses that are suffered as a result of the crash.

That’s why claims are negotiated with an insurance adjuster and not with the driver who caused the crash.

Unrepresented people often accept these low-ball offers.  This happens because they don’t have the benefit of legal advice informing them how much compensation is fair compensation.  They don’t know any better.  The insurance company certainly knows better.  They know how much they are ripping people off.

The only way to force the insurance company to own up to their legal responsibility to provide fair compensation to innocent victims is to taken them to trial.

In my experience, it is only when looking down the long barrel of a trial that the insurance company will come up with fair settlement offers.  A trial doesn’t necessarily have to be scheduled for the following week, or even scheduled at all.  The key is the insurance company knowing with some certainty that the case will be taken to trial if a fair offer is not made.

It’s sort of like a child doing what their told only when the three count gets to two and a half.  Why take a parent seriously if there isn’t the imminent prospect of a consequence for bad behaviour?  I hope this reference isn’t lost on readers who don’t have children!

What happens if one of the parents never gets to three, though?  What happens to the effectiveness of the three count?  The child learns that he or she can get away with bad behaviour with that parent.  It’s only the other parent they have to worry about.

It’s the same with the insurance company.

Why offer fair compensation to an unrepresented person?  They’re not even counting yet, let alone getting close to three!

And simply hiring a lawyer won’t necessarily bump up the numbers to fair.  Lawyers are low-balled all the time.

Work needs to happen to prepare the case for trial.  Beyond that, the insurance company needs to be taught that this particular lawyer will take them to task to ensure a fair result, that he or she will actually follow through with running a trial if necessary.

You can’t be the parent who never gets to three.