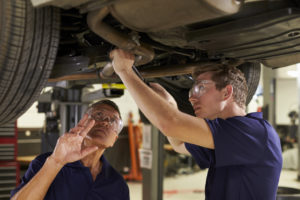 Driverless technology gets me excited.

Take, for example, the decades long drunk driving campaign that hasn’t come close to eradicating that dangerous and criminal behaviour.

And those alluring cell phones have made things harder instead of easier.

Especially since we’ve misled drivers to believe that hands free use is safe. How ridiculous that we ban only hand-held use in the face of overwhelming and acknowledged science that hands free is no safer! Have you signed my petition yet?

Driverless technology, on the other hand, is immediately effective.

I am relying on American statistics, because British Columbian statistics on that point are oddly unavailable.

In early 2015, within two months of Google unveiling their prototype of a fully autonomous car, I had written a column calling on our political leaders to mandate autonomous driving technologies.

I feared that automobile manufacturers would offer them only as expensive options, unavailable to those unable to afford them. And that those who could afford them would decline.

I still think that there should be government interference in the marketplace (financial incentives or mandatory use) to speed things along, but I was encouraged to learn that automatic braking is already coming standard in some vehicles.

And driverless vehicle advances are being made in leaps and bounds. A recent CBC news story noted that earlier this month, several automated vehicles (without a driver ready to take over) were set loose on the public roads of Phoenix, Arizona.

The tidal wave of technology is coming, thank goodness!

Thank goodness for the countless victims of road traffic incidents.

But there is a dark side that a Facebook friend has highlighted for me.

Car crashes are a huge industry.

I see it as a small price to pay, for road safety, that personal injury lawyers like me will have to re-tool into other areas of law.

But there are far more dramatic impacts afoot.

Consider the massive autobody industry? Fixing cars is big business. It includes the many businesses and workers actually doing the autobody work as well as parts suppliers and others down the line.

And driverless cars promise to dramatically impact other industries as well, most notably those related to the road transportation of people and products.

A facebook friend helped me recognize that such dramatic changes are likely to come with horribly negative social consequences.

He pointed out that industries related to the automobile have developed over three-quarters of a century. Slow and steady developments bring about stability.

We are not facing slow and steady change with driverless technology. We are facing comparatively very abrupt upheaval. In comparison turns, “almost overnight.”

We are grossly unprepared for that upheaval.

Our political leadership must recognize and act now to mitigate against the massive loss of economic activity and employment.

And we need to take responsibility for ourselves. All of us in these industries must take notice and make plans for our dramatically changing future.