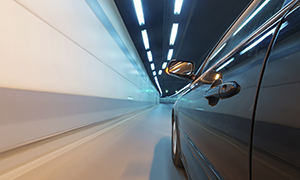 This is not one of my “preachy” One Crash is Too Many columns.  It is an expression of optimism and a call to action.

My preachy approach of struggling to motivate a change in driver attitudes is getting tired, even for me.  I still think it is critically important but history tells us (seatbelt use and impaired driving) that it takes generations to change driver attitudes and behaviours.  Further, without the ammunition of significant marketing resources and legislative change to bring about driver accountability, it feels like I’m beating a dead horse.

Most car crashes would not occur if drivers simply paid focussed responsibility and attention to the task at hand.  Yes, there are exceptions such as a darting deer but exceptions are few and far between.  Motivating the masses of drivers to pay focussed attention is the “fix” that has screamed out to me.

Others focus attention on road design, such as advance left turn signals at intersections.  Then there’s  seatbelts, air bags, crumple zones and other vehicle safety initiatives.  These initiatives create an environment that is more forgiving to inattentive driving.  None of them go to the root of the problem.

None of the initiatives have a hope of putting a significant dent in the car crash epidemic.

I am becoming excited about technology that might do just that; technology that is available right now.  It was a recent column in the Washington Post that my father forwarded to me that has really gotten my juices flowing.

The author, Matt McFarland, started with the following exciting notion: “Imagine for a second a world in which no driver ever gets rear-ended”.

We have been seeing more and more advertisements for vehicles with automatic breaking technology.  The technology has seemed so fanciful that I had not seriously considered that it was real.  A quick internet search this morning revealed successful testing of such technology back in the Fall, 2013, with a vehicle automatically braking from 25 mph (40 kph) to stop in time before smashing into the back of a stopped vehicle.

That exact crash represents approximately 50% of my ICBC injury claim practice, by the way.  It’s astounding how often inattentive drivers smash into the back of stopped vehicles!

Technology is leaping forward.  On December 22, 2014, Google unveiled a fully functioning prototype of a driverless car.  It is only a matter of time before the buying public will be able to choose more and more automated “assists” and, eventually, own cars that drive themselves.

The availability of these technologies has been profit motivated, with advertising seeking to create demand in the buying public.  To date, though, the buying public has not been terribly motivated to put the extra bucks into their new car purchases.

When we take into account that car crashes are costing British Columbians in the range of ten billion dollars per year (it was $8.8 billion as of a 2007 study), moving forward with initiatives to expedite the implementation of technology to reduce car crashes is good public policy.

We have mandated all sorts of other minimal vehicle standards such as seat belts and emissions.  When will our political leaders start mandating technologies that offer the first tangible opportunity in our history to make a dramatic improvement to road safety?  Want to see more surplus budgets?  Want the cost of your liability insurance to be slashed?  Let’s do it!