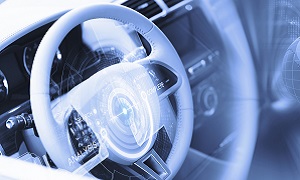 I expressed excited optimism, in my last column, about automatic braking and other technologies that have a hope of finally putting a significant dent in our car crash epidemic.

Two readers: Roger, a retired professional driver who has logged 2-3 million kilometres and Andrew, a former client who is a victim of negligent driving, helped me recognize an irony about technology.  The irony is that technology can be blamed for the car crash epidemic in the first place.

Andrew referred me to the operation manual for a 1926 Model T Ford, found easily on the internet.   As Andrew pointed out to me: “You controlled virtually every aspect of this vehicle’s operation”.

The car has become, in Andrew’s words, “automatic everything”, requiring less and less driver attention and effort.

Andrew notes that at the same time, air bags, seat belts and other safety features like automatic braking has been “lulling us into a ridiculous complacency”.  Big budget marketing campaigns are geared to convince us that this or the other make of automobile has the highest safety rating, the message being that if you buy that particular car, you won’t get into a crash.  If you do, the crash won’t come with consequences.

Are those marketing campaigns as dangerous and irresponsible as those for which tobacco manufacturers have been sued for promoting smoking without clear warnings about the danger?

Roger remembers: “When I started to drive (in Europe), there was no speed limit, there where no signs that indicate every little curve, there was one single center line that you just did not cross when solid. Now we need concrete barriers, because a double or triple solid line does not mean anything anymore.”  Roger’s opinion: “Personally I am against just about everything that has been brought in over the years to make, what they say, driving safer for everybody.”  His point: “…if you make something “idiot-proof” it does not take long before a bigger idiot shows up.”

Andrew and Roger have helped me recognize the reality that technological advances in the operation of the automobile coupled with advances in road safety have made us correspondingly worse and worse drivers.

It sure helps explain the ridiculous prevalence of the rear-ender crash.

Instead of putting a significant dent in our car crash epidemic, any automatic driving technologies short of a fully driverless car might just result in a previously unheard of low of idiot driving.

Perhaps the sensible thing to do, until we live in the reality of the driverless car, is to bring back the Model T.

Published on February 27, 2015 in the Kelowna Capital News