Is the return of photo radar really a pot bellied government plan to fleece drivers?  Will it do anything for road safety?  I say we have a chance to make a dramatic difference, but not with 35 targeted intersections with warning signs. 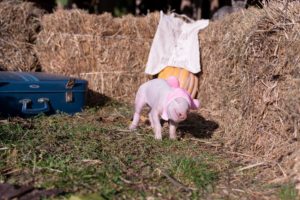 I gave a bit of history of photo radar in my last column. In 1996, the then NDP government deployed 30 unmarked photo radar vans in undisclosed locations. It was taking the dreaded “speed trap” to the next level.

A speed trap is when police set up on the safest stretch of road ever, the posted speed limit some 20 kms/h lower than the natural, safe traffic speed that everyone travels at, with an officer hiding behind a tree shooting fish in a barrel.

It feels unfair because everyone is driving that stretch of road at the same speed and only the unlucky fish are tagged with a fine.

But at least with a speed trap, passing motorists can flicker their lights to warn everyone to temporarily drive like grandma.

In a driving society where everyone speeds, a small number of random speed traps will do next to nothing to change driving behaviour. And it feels grossly unfair for an unlucky few to face fines. No wonder the Liberals were able to make political hay out of the issue, helping them win the next election with the promise to get rid of photo radar.

This latest version of photo radar will be different. Signs will be erected to warn drivers about the 35 red light cameras to be reconfigured as photo radar machines.

No trap there. Only the most absent minded of lead footed drivers, those whose inattentiveness is at a level that they miss the warning signs, will be tagged.

The vast majority of drivers will hit the brakes to reach the posted limit before entering those intersections, just like we do now when oncoming drivers flicker their lights with a speed trap warning.

What road safety goal will be achieved?  The speed of traffic going through 35 of the highest crash volume intersections in British Columbia will be reduced. Even with no reduction in crash volumes, those crashes will occur at lower speeds.

And there will be an added benefit. Those warning signs will at least temporarily focus driver attention to the task at hand.

That’s the real road safety challenge. Inattention causes the vast majority of crashes. If only we could come up with a mechanism that would help drivers maintain constant, focused attention on driving. Not just at 35 intersections.

We could expand this initiative to all 140 intersections equipped with red light cameras, not just the 35 worst ones.

But that’s a drop in a very large bucket, doing nothing to increase overall driver attentiveness.

We could get rid of the warning signs, leaving drivers guessing about which intersections are and are not equipped. But then we get back to the unfairness piece.

What about a mass deployment of this new photo radar technology?

This was not possible the last go-around with police officer equipped vans and the manual processing of actual film and hard copy tickets. Unmanned, automatic photo radar could be deployed and operate at a small fraction of the cost.

Maintaining a speed within 10 kms/h of the posted limit is not difficult. It requires only a periodic glance. That periodic glance refocuses attention from whatever else you’re thinking about to the task of driving.

If your speed is creeping up, it’s an alert that your level of attentiveness needs to increase.

Being tagged with a ticket would no longer feel unfair. Rather, ticketed drivers would be exposed for their rather gross lack of attention.

And the continual increase of crash numbers would reverse.

If revenues went to ICBC, those revenues along with crash reduction would benefit all British Columbia drivers by allowing a corresponding reduction of ICBC insurance premiums.

Or our pork bellied government could go back to skimming those profits.