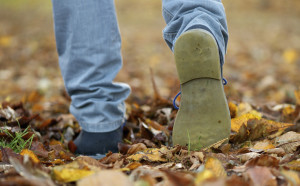 “This isn’t your neighbour, it is your baby!”, the lady said, emphatically.  As I continued walking away she continued: “Don’t you love her?  Don’t you love your daughter?!”

Just minutes before, the same lady challenged my wife saying: “This isn’t China!”; and “Hey lady, you must be drinking tequila!”

My wife and I were not guilty of some heinous neglect or abuse of one of our children.  Neither had we committed some drunken social faux pas.

No, we were simply following through with one of the most important rules of negotiation: Be prepared to walk away.  We were a-walkin’ and the Mexican vendor whose store we were walking out of was exercising an interesting negotiation strategy we had not encountered before in Mexico – Insult.

Her “best price” for the dress our daughter, Cassidy, wanted had gone down considerably from the time we first entered the store.  The sales lady had reached a price that was the lowest the owner would allow her to go, or so she said.  That’s another negotiation tactic.

The same negotiating tactics come up when you try to negotiate your personal injury claim with ICBC, though the insults are more subtle.

The adjuster is never the decision maker.  The adjuster leads you to believe that she is doing her best to get you the highest settlement offer but her hands are tied by a manager.

The adjuster also uses the “walk away” in the sense that the offer authorized by the manager is a “take it or leave it” number.  Once they reach that number, which might take several negotiation steps, they won’t budge from it.  You can threaten all you like that you will hire a lawyer to pursue your claim properly, but it will have no effect.

For the least severe of injuries, i.e. those taking no more than 2-3 months to 100%, completely resolve with zero ongoing symptoms, the offer might be a fair one.  Once it becomes clear that your symptoms might never resolve, fairness requires a settlement in a completely different ball park.  Your adjuster won’t budge, though, instead resorting to those “subtle” insults I referred to, like saying: “There is nothing objectively wrong with you” or “Your injuries should be healed by now”, implying either that you are lying about your ongoing pain or that it is somehow your fault that you have been left with a lifetime of pain because some distracted driver smashed into you.

Your “walk away” is to take that step of hiring a lawyer.  On a lawyer being retained and lawsuit commenced, your claim is automatically transferred to a different adjuster who has a different manager.

It’s like walking from one Mexican store to another.  Only this time, the salesperson is able to negotiate fairly.  This time the adjuster knows that your walk-away is a walk into a courtroom.  The closer you get to those courthouse steps, the more fair the offers become until, in most cases, a settlement is finally reached.  That settlement is regularly several times whatever the maximum the first adjuster was able to offer you.

Cassidy ended up getting her dress and it looks beautiful on her.  The negotiation was a poor one, though.  Her helpful little sister, Morgan, was scouring the displays in store after store, looking for an identical one to the one we “walked away” from.  When she found it she squealed out in excitement as only Morgan can: “That’s it, that’s the one we’ve been looking for!”.  The salesperson must have done a little dance on her way to “negotiate” with us.